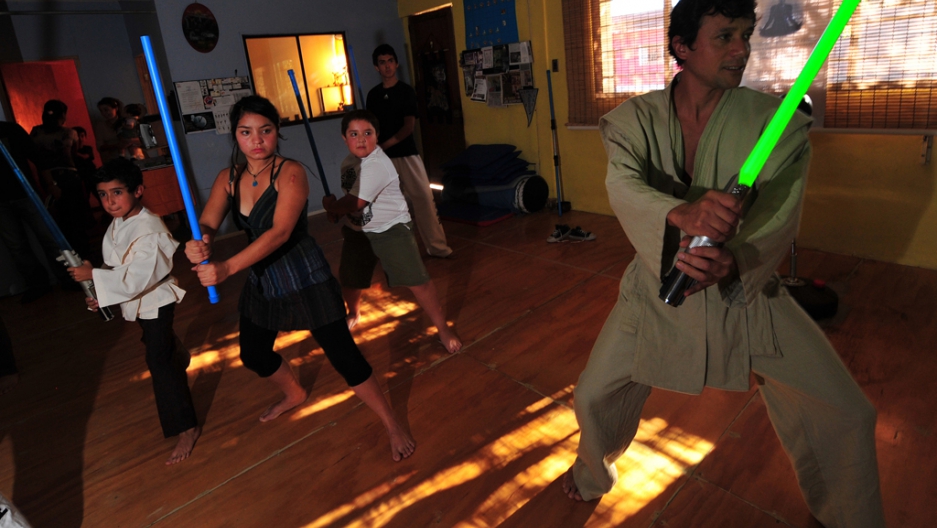 In a country with a total population of 10 million people, 15,000 Czechs claim "Jedi" as their religion in the latest census.
Credit: Martin Bernetti
Share

More than 10,000 Czechs claimed "Jedi" as their religion in the latest census for the country, which has a total population is 10.5 million people, Business Insider reported.

According to AFP, many people, especially in countries like New Zealand, Australia, Canada, and Britain, comply with "the moral values of Jedi knights from the 'Star Wars' saga."

The deputy head of the Statistical Office, Stanislav Drapal, reported that with 15,000 followers, following the Jedi way is not a "negligible social phenomenon."

The option to claim Jedi as a religion is given as a choice on the census form, and is not a write-in answer.

"We included this option despite a fierce debate over whether it's serious or not," said Drapal. "But it's not up to statisticians to say what is or is not a religion."

In the "Star Wars" series, Jedi knights are soldiers of peace for the Galactic Republic.

Along with light-sabers, they also wield what is known as "The Force," and can move objects and control people's thoughts with their minds.

Jedis have a strict moral code that borrow elements from "several existing religions," AFP reported, which many fans of the film find applicable.