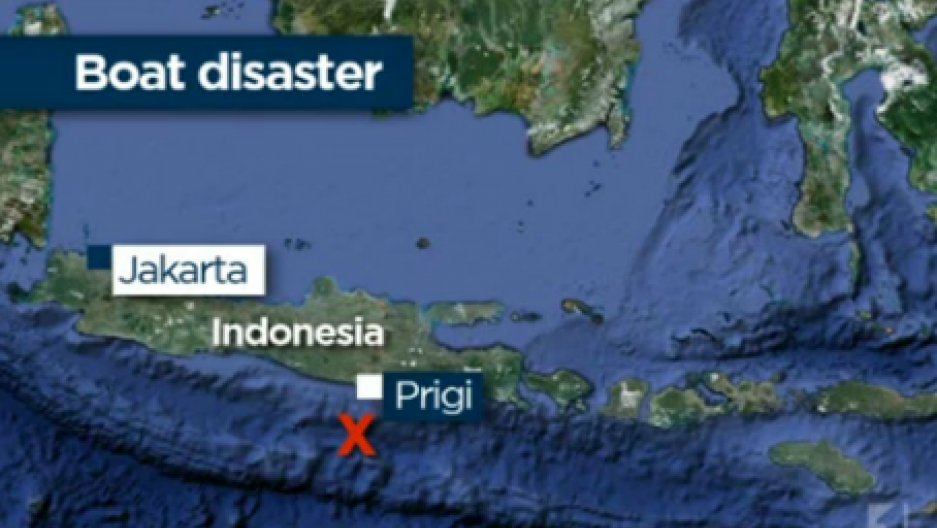 A boat crowded with asylum seekers crashed on the way from Indonesia to Australia. (Photo from ABCau video.)

Indonesians and Australians officials are combing through wreckage of a crashed boat and interviewing the survivors in an effort to find out who was behind the elaborate trip to Australia by a group of Middle Eastern asylum seekers.

Meanwhile, hopes are fading that the more than 150 people still missing will be found alive. The boat crashed off the coast of Java over the weekend and nearly 50 people, mostly men from Afghanistan and Iran, were rescued. Now, rough seas and a monsoon are complicating efforts to search for survivors.

The boat that crashed had been designed for 100 passengers, but had more than 215 on board. Survivors, who are believed to have paid thousands of dollars to smugglers, flew to Dubai, then to Jakarta before taking a bus ride and ultimately the deadly boat as part of their elaborate journey.