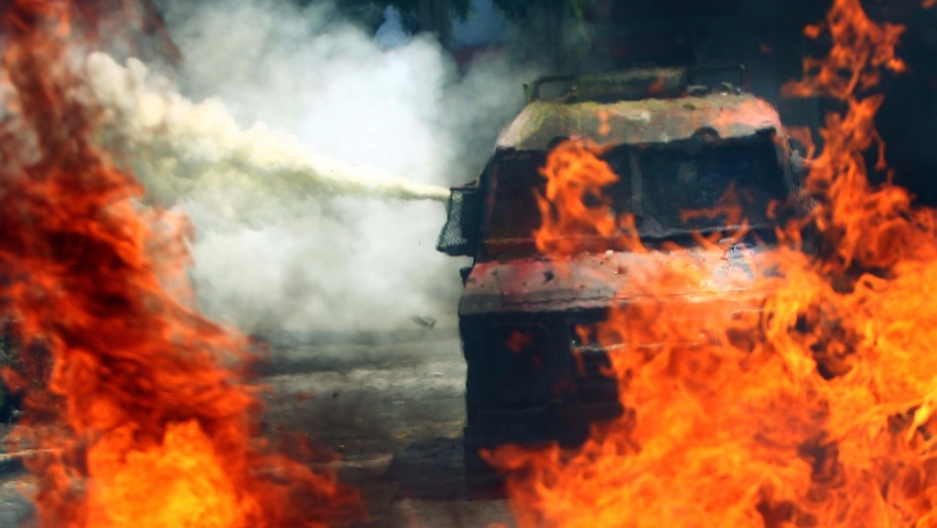 A riot police tear gas truck clash with students during a demonstrations demanding free higher education in Santiago, on October 19, 2011, as bonfires and barricades were set in different points of the Chile's capital.
Credit: Hector Retamal
Share

Time magazine went for abstraction with its person of the year: the protester.

But not everyone always agrees with Time. (Remember when they named "you" the person of the year?)

So the Guardian asked its readers to vote who deserved the honor.

So who is Camila Vallejo?

A 23-year-old Marxist student with a pierced nose, a poetic line in anti-consumerist idealism and a penchant for placards, sit-ins and marches.

The charisma and eloquent charm of Vallejo, arguably Latin America’s hippest rebel with a cause since Che Guevara, have also played a role despite her self-deprecating calls for the media to avoid “personalizing” the student protests.

GlobalPost made its own list of 11 people who rocked 2011. See how they compare.