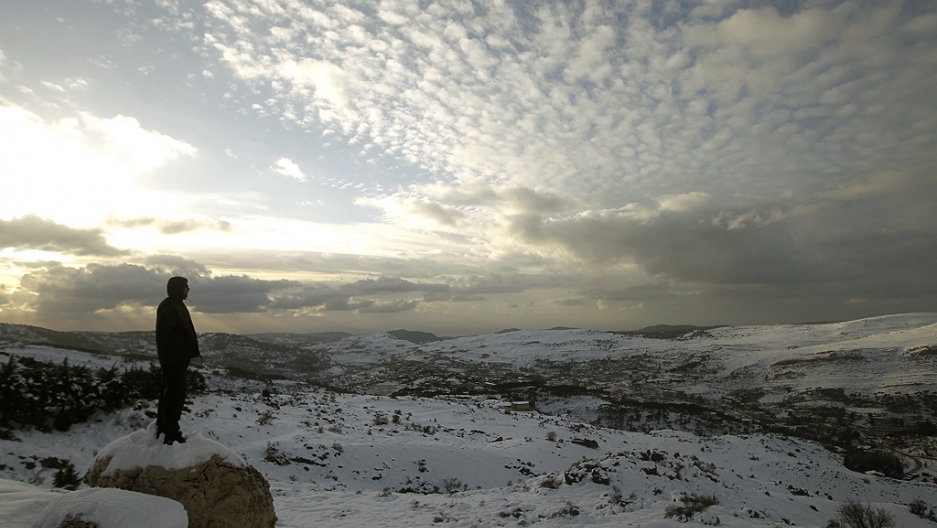 A Lebanese forest ranger observes the sunset from the cedar trees reserve of Baruk in the Shouf mountains, southeast of Beirut, following a snow storm and cold wave which hit the east Mediteranean country after several months of drought.
Credit: JOSEPH EID
Share

A U.S. citizen who went missing in Lebanon over the weekend was found dead, according to a report on Tuesday by a Lebanese newspaper.

The body of the man, believed to be that of American John Redwine, was discovered in a mountainous region of the country northeast of Beirut, the capital.

Security officials, who spoke to The Daily Star said John Redwine, who went missing over the weekend, had apparently died while hiking in the rugged mountain region of Sannine.

The body was transported to a hospital for examination, the army statement said, but did not comment on whether foul play was a possibility until an autopsy was completed.

Lebanese Red Cross official George Kettaneh told The Daily Star that the body was taken to Hotel Dieu hospital in Beirut, adding that it looked like Redwine had suffered a blow to the back of his head.

More from GlobalPost: Lebanese discover their own backyard

Here is one look at the relatively remote Mount Sannine in Lebanon. Redwine had apparently gone rock climbing in the Mount Lebanon range before this weekend, according to a tweet posted to his Twitter account in 2009:

No matter.Had an excellent weekend rock climbing in the Mount Lebanon range.

Redwine described himself on Twitter as an “Independent public relations and communications professional based in Beirut, Lebanon with over a decade of experience in the Middle East and fluent Arabic”.