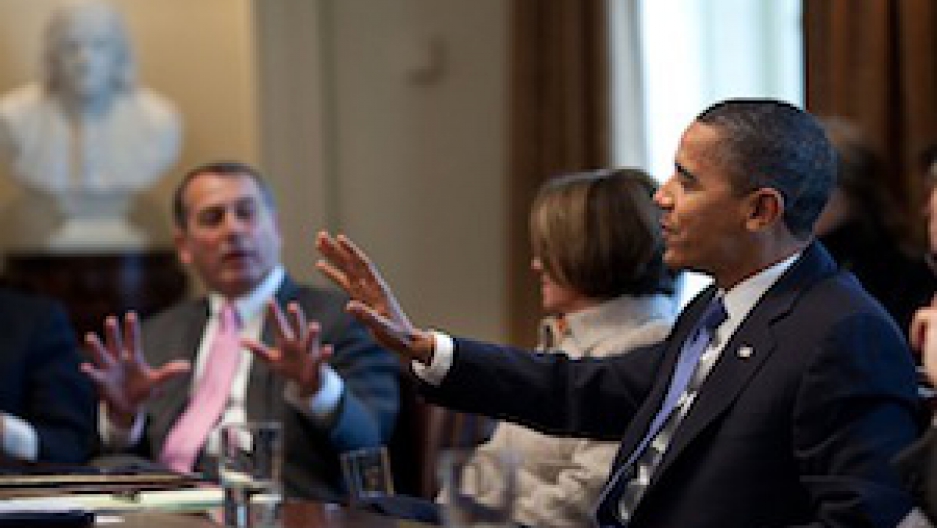 The Congressional standoff right now, rather than being Republican versus Democrats is turning out to be Senate versus House of Representatives.

Senators say they've passed a bipartisan bill that provides for a two-month extension of unemployment benefits and payroll taxes. Members of the House of Representatives are insisting they come back to Washington, D.C., and negotiate to get a year-long deal. So far, neither side seems interested in what the other is selling.

But the House, which is projecting an image of being stridently opposed to the Senate bill, still hasn't actually defeated the bill in its chamber.

"The House is not going to vote on this bill. They're going to vote on a motion to reject it. A motion to reject means there's no way to pass the bill. You can vote yes I want to reject, or no I don't want to reject, but there is no way today for anyone who is for the Senate deal to vote for it. So no one has to take that hard choice," said Todd Zwillich, Takeaway Washington correspondent.

The bill was rejected shortly after 1 p.m. in Washington on Tuesday.

Senators, for their part, have said they're not returning to Washington for any more discussions until the House at least passes the two-month extension that passed in their chamber 89-10.

House Minority Leader Nancy Pelosi implied Republican leaders were being cowardly when they refused to give representatives a chance to vote on the bill.

"Let's just get down to it. Put the bill on the floor. Take your chances with your own cacaus. See if they're willing to vote for it," she said.

Zwillich said this is the latest manifestation of a pattern we've seen all year long. House Speaker John Boehner reaches a deal with Senate Majority Leader Harry Reid of President Barack Obama's White House, or even comes close, only to be pulled back by conservatives in his own party who won't agree to the deal that's been made.

"This has been the reason why we've had the portrait so many times of Boehner walking away from a deal with the White House, or Eric Cantor walking out of the Biden talks," Zwillich said.