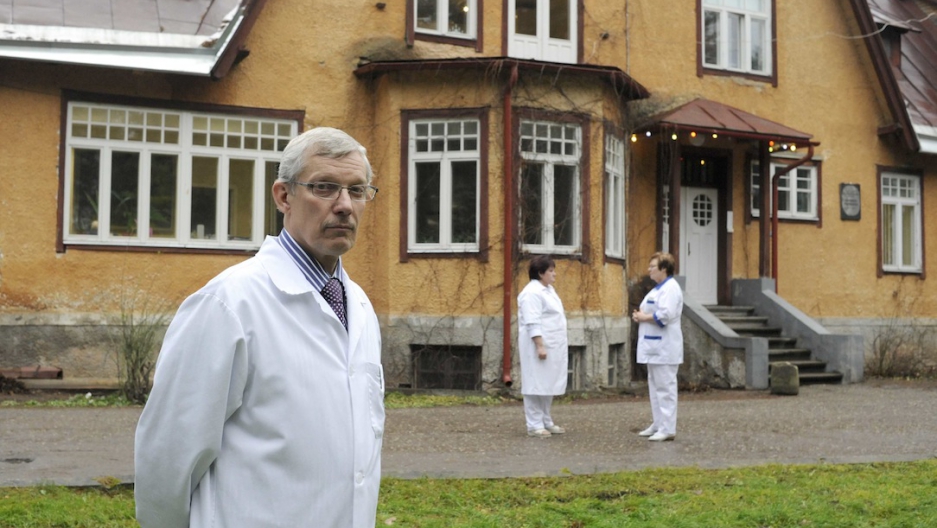 TARTU, Estonia – It is cold and rainy here these days. It turns dark by 3:30 p.m., and people turn inward, going inside for light and warmth. For those working against tuberculosis in this university town in southern Estonia only 40 miles west of Russia, winter isn’t kind. TB is an airborne contagion, spreading through coughs or sneezes, and the risk of contracting it increases when people spend more time in close quarters.

More than a decade ago, I wanted to travel to Estonia to look at the spread of multi-drug resistant TB (MDR-TB), and this country then could be called MDR-TB Central. It had one of the highest rates in the world and the numbers of cases were marching upward.

Today, though, the situation has turned around dramatically. The numbers of new TB cases in Estonia were five times that of the Nordic countries in 1998, but the numbers have tumbled since then and last year Estonia had cut that in half, to 2.5 times the number. I wanted to learn how they did it. One of the answers was a surprise.

Photographer Riccardo Venturi and I are traveling to three countries – the Philippines, Estonia, and Peru -- at the invitation of the Japanese company Otsuka Pharmaceutical to look at the human impact of TB and what different innovations in treatment mean for patients. On this journey, during which we are acting independently, we were joined by Dr. Lee Reichman, a global TB expert and founding executive director of the New Jersey Medical School Global Tuberculosis Institute. We met with local scientists, doctors and patients to explore the scope of the struggle to fight MDR-TB.

In Estonia, we heard many reasons for the decrease in new TB cases, even if the level of MDR-TB remained high, 22 percent of all cases. They included: a decision by government leaders to fully fund anti-TB efforts; banning sale of TB drugs in pharmacies in order to cut down on misuse; annual training of all TB medical staff by international experts; and the country ensured it would have enough of the scarce drugs needed to fight MDR-TB.

At a dinner in a restaurant overlooking the Mother River, two local TB control leaders – Dr. Manfred Danilovits, head of the Department of Tuberculosis at Tartu University Clinics and a coordinator of the National TB Program, and Dr. Lea Pehme, a TB doctor – told a story that revealed another reason for reducing TB cases: They, and their colleagues, knew intimate details of every single TB case.

They were talking about a young man named Raido Remmelgas, who had made the mistake a few years ago of deciding to stop taking TB drugs. The drugs made him ill – so ill he couldn’t bear it anymore. Off medication, his TB flared up again, and it became resistant to the easier-to-take drugs; he was forced to go on a cocktail of drugs that were much worse. Remmelgas, an engaging 27 year old who worked at staying optimistic, had been in TB hospitals for three years. During this time, he had his entire right lung removed in surgery because it was so rife with the disease. Danilovits and Pehme were gravely concerned about him.

“He now has a wound, an open cavity in his chest, because there is still bacteria there and we have to drain it,” Danilovits said. “He doesn’t tolerate many of the drugs – he’s allergic to them. So we have changed the drug regimens, and we change the dressing on his wound every third day.”

He sighed deeply. “The end of this story, we don’t know,” he said. “We are waiting for new drugs. We need them for Raido.”

Reichman spoke up. “But even with new drugs, you need to get rid of the bacteria in his lungs.”

“Yes, we do,” Danilovits said.

“This is a great tragedy,” Reichman said.

“TB is as hard a disease as cancer,” Pehme said. “With Raido, we are waiting, waiting for a miracle.”

Danilovits noted major advancements in the last few years on diagnosing TB cases quickly, including MDR-TB in a matter of a few hours, compared to two months before. But he said that it raised a cruel irony: They knew the contours of the disease and they had horrible ammunition to fight it.

The mood did not improve much for the rest of the dinner. After we said goodbye to the two Tartu TB doctors, Reichman searched for a positive: “Did you see how much they cared?” he said. “We need that in TB. MDR-TB treatment can take forever, and we need doctors and nurses to care. They do and that makes a difference.”

Next: Alcoholism and TB, and a legacy of victims