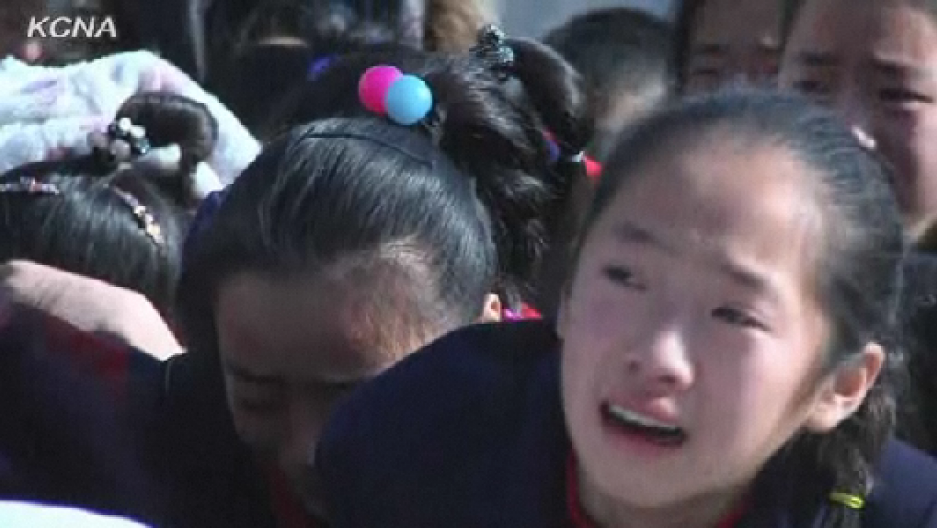 For now, we'll have to settle for the reaction posted by the Korean Central News Agency, i.e. North Korea's propaganda mouthpiece.

Peering into the reclusive dictatorship, where the Kim dyansty is deified, is notoriously difficult.

But these scenes, filmed by the the government, offer a tiny morsel of street reaction following the death of Dear Leader.

Both the Associated Press and Reuters have recently fought hard-won battles to establish news bureaus in Pyongyang, North Korea's capital, though both must operate on a tight leash with lots of government supervision.

We'll soon find out whether the investment has paid off as North Korea reels from its biggest event in decades.