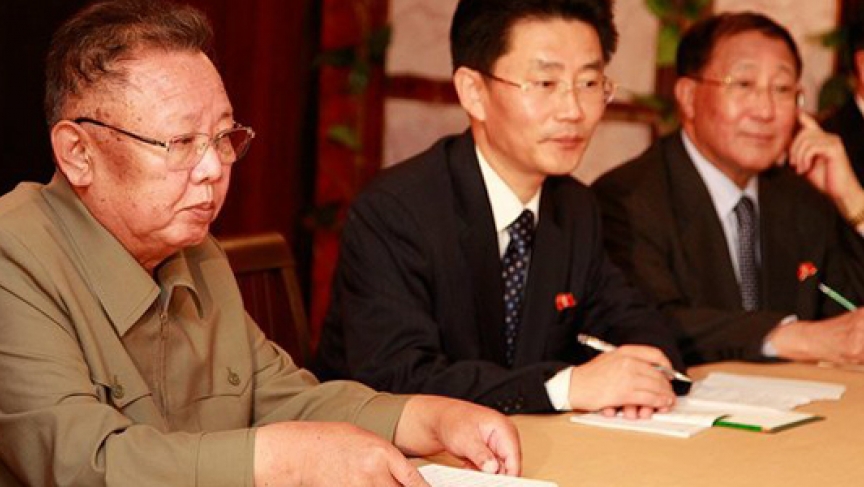 Share
Despite rumors that North Korean leader Kim Jong Il had been ill for years, his passing still came as a surprise to many in South Korea. It was just the start of lunch hour on Monday when South Korean local news was interrupted by a special broadcast from the North. A very emotional North Korean anchorwoman wearing a traditional Korean black funeral gown announced that Kim Jong-il had died this past Saturday from a heart attack. She said the Dear Leader was exhausted from all the guidance he had given to make North Korea a great nation. The South Korean government went into immediate crisis mode. Choi Bo-sun, a spokesman for the Ministry of Unification, the government body that deals with all North Korean matters, gave a live address on South Korean television. Choi said Seoul is following established protocol, and is coping with the death of Kim Jong Il according to long-established plans. He added that a special commission has been created to monitor all developments in the North. That might include whether or not the firing of a short-range missile off North Korea's East coast late on Monday was connected to Kim's death. So far, South Korean government sources have told local media that the two are not related. President Lee Myung Bak has urged South Koreans to remain calm and go about their normal lives. And judging by reactions in Seoul, it seems many South Koreans are doing just that. Many people I spoke to on the streets of Seoul on Monday said they didn't care about the death of North Korea's leader; some even laughed it off. But Yu Mi Hyun, who's 25, said people here should care. Yu said she was in her office when she heard the news. At first she didn't think it was a big deal. "But after I spoke to friends in the military, I realized that this is really important." A 56-year-old man named Mr. Seong who reading newspapers posted on a billboard outside the Seoul Press Center had other concerns. He said he's worried how the North Korean leader's death might affect the economy. "Everything in the market is going to change," Seong said. "All sectors are going to be affected by his death." Seong had a point. South Korea's KOSPI index took a 3.2 percent hit as news of uncertainty on the Korean peninsula reached investors abroad. But the uncertainty is raising hopes for some in South Korea, namely, the 22,000 strong community of North Korean defectors. Kim Hung-kwang, president of North Korea Intellectuals Solidarity, an organization made up of former North Korean elites, said he's telling constituents not to get too excited though. He said North Korea under a new leader can go one of two ways; it can become open to the international community and engage, or it could become an even more militarized state and even more dangerous than before. But Kim Hung-kwang said now's the time to reach out to North Koreans and counter the propaganda that painted Kim Jong Il as a hero. He said even though many difficulties lie ahead, the day when he and other defectors can finally return to their home suddenly seems closer.