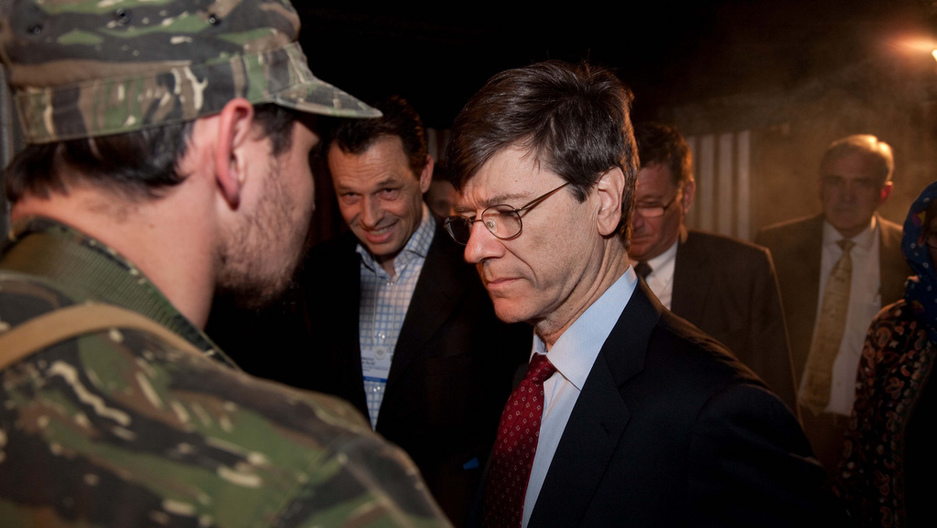 Jeffrey Sachs, a Columbia University economist, has his own prescriptions for the lurching American economy.

Sachs proposed recently that there should be a 1 percent tax on the net worth of Americans above $5 million. That would generate about $150 billion per year. He'd also like to end mortgage tax deductions on vacation homes. Sachs said that declining tax rates since the Reagan administration have cost the United States its leading position in education, infrastructure and science.

He's also against the proposed extension of the payroll tax cut.

"Isn't it strange we went through this debate about cutting the budget deficit, and then the very next day, the President started the campaign to cut taxes, to continue these tax reductions," Sachs said. "We have a massive budget deficit. We have a massive deficit of spending on crucial needs in this country — education, higher education, preschool, rebuilding an infrastructure that's 50 years out-of-date. We're slashing science and technology spending."

And Sachs said we're at the lowest level of tax collects in our modern history, 15 percent of national income, and he'd like to see that change.

But many other economists say the better prescription for economic recovery is to get money into the hands of consumers. It's practically the religion for Congressional Republicans, and even President Barack Obama and the Democrats seem to agree that prolonging the tax cuts for middle income Americans is crucial to economic recovery.

But Sachs said, if you want to get the money into the economy and used properly, the government should be spending money on preschool, on education and on helping students finish college degrees, as well as rebuild infrastructure.

Sachs said we're driving ourselves mad with this short-termism. Sachs said a decent country and economy requires jobs and skills and infrastructure. And a plan to develop all those things.

"We have to learn to pay for those things again," he said.

Sachs said his proposals would really involve increased taxes mostly on the millionaires, billionaires and large corporations. He said that new census data out show that 1 in 2 Americans live in an impoverished setting, a crime in a country that prides itself on the upward mobility of the middle class.