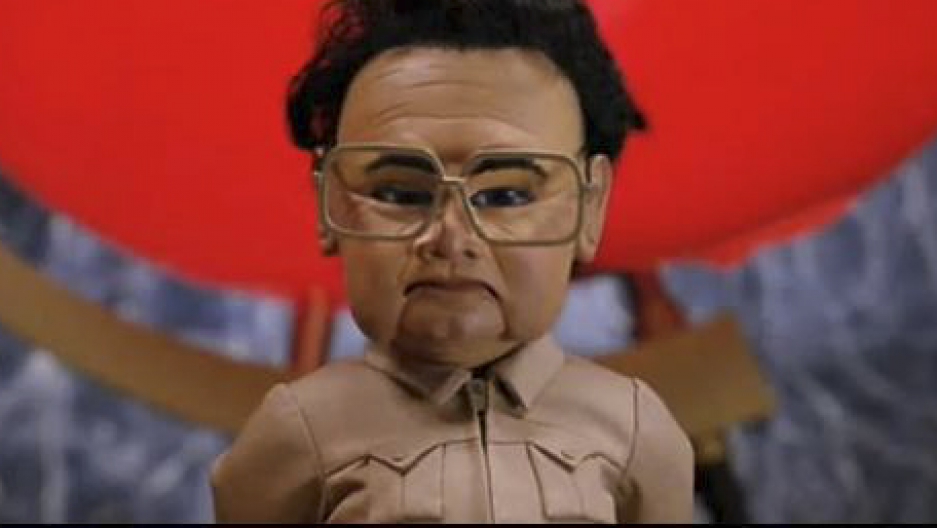 There was something about Kim Jong Il that satirists couldn't resist.

Was it his platform shoes? His bouffant hairdo? His vintage sunglasses? Or perhaps his famous "on-the-spot guidance," in which he would he would visit factories and army units and pretend to be an expert on everything (hydroelectric power, filmmaking, weaponry, chicken farming...)?

Kim Jong Il, who died aged 69, was in the end a dictator who built nuclear weapons while his people starved.

Here are GlobalPost's picks of the best Kim Jong Il spoofs. If we missed any good ones, please share in the comment section below.

Kim Jong Il is depicted as a lonely madman carrying out an international terrorist plot. So many memorable moments: the Kim Jong Il marionette's unfortunate accent. His man-eating sharks. His harsh words to the Alec Baldwin puppet: "You are useress to me, Arec Bardwin."

He is ultimately revealed to be a cockroach from another planet.

In this clip, puppet Kim Jong Il sings his heart out. Impressive attention to costuming detail, and note the accurate North Korean revolutionary art in the background.

Margaret Cho plays Kim Jong Il in a weather report on state television, in an episode where Jack Donaghy's TV journalist wife is kidnapped in Pyongyang and forced to read propaganda news aimed at an American audience.

Here's the forecast for North Korea: "everything sunny all the time always good time beach party."

As a side note, the 30 Rock storyline is perhaps inspired by the real-life abductions of a South Korean film director and his actress wife, who were nabbed by North Korean agents and then forced to make propaganda films.

And for more forced production of North Korean propaganda, see this one from The Simpsons. Reminiscent, perhaps, of the tale of James Dresnok, the US soldier who defected to North Korea in the 1960s, appeared in propaganda campaigns along with other American defectors, and is still living in Pyongyang today.

A Tumblr blog that chronicles Kim Jong Il looking at things: a field, an assembly line, a persimmon tree, a sweater. Sometimes he appears to be giving on-the-spot guidance, sometimes he's just looking. All captured by state media photographers.

The blogger has informed readers that despite the lack of new material following Kim's death, the blog will continue to run "as long as my photo archive will last ... i figure that if you’re reading this, you never minded the lack of good taste in this form of humor, which i’m very proud of, and the fact that he’s dead will make little difference."

Live from downtown Pyongyang: it's The Kim Jong Il Show! Another great sketch from MADtv, this one with a disturbing edge that is probably pretty accurate.

OK, so this one's about the new guy, Kim Jong Un. "Obviously, I know I was handpicked because I'm super crazy," heir apparent Kim Jong Un told the Onion in an exclusive interview. "But my father was just so great at what he did."