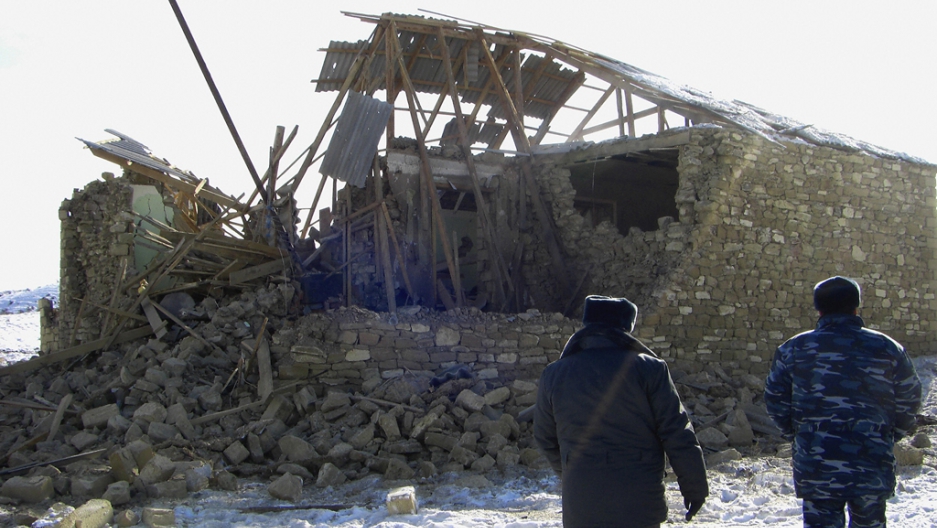 Russian troops look at a destroyed house located in the turbulent Dagestan region of North Caucasus. On Thursday night, prominent journalist Khadzhimurad Kamalov was shot dead while he was leaving from work.
Credit: Timur Abdullaev
Share

When news of Russian journalist Khadzhimurad Kamalov's murder came around, none of his colleagues was shocked.

That's because violent acts against journalists are not unusual, and Kamalov was known for reporting on particularly dangerous topics.

According to The New York Times, Kamalov was the founder of a "popular muck-raking" weekly newspaper called Chernovik, or "First Draft."

On Thursday night, Kamalov, 46, was murdered by a gunman as he was leaving from work.

"Those who knew Mr. Kamalov and his work said his death came as little surprise," The Times reported.

"The newspaper’s efforts to uncover official corruption, particularly within the police, earned him many influential enemies... He was also accused of being sympathetic to Islamic radicals after interviews with militant leaders were published in Chernovik."

The Guardian reported that a masked person, driving a black Lada Priora, fired at least 14 bullets through the window at Kamalov.

Kamalov died while on the way to the hospital.

Prosecutors speculated that the assassination was likely due to his work at the paper.

"His name was on an 'execution list' distributed anonymously in Makhachkala in 2009," reported The Guardian.

The authors of the hit list chose him as a target because he allegedly sympathized with rebel fighters.

CBS News reported that Biyakai Magomedov, the editor and chief of Chernovik, witnessed the attack.

When Kamalov was hit by the first round of bullets, he fell to the ground and covered his head. That is when the shooter finished him off with more rounds.

"They deliberately killed him in front of the newspaper's office to scare the staff," Magomedov said.