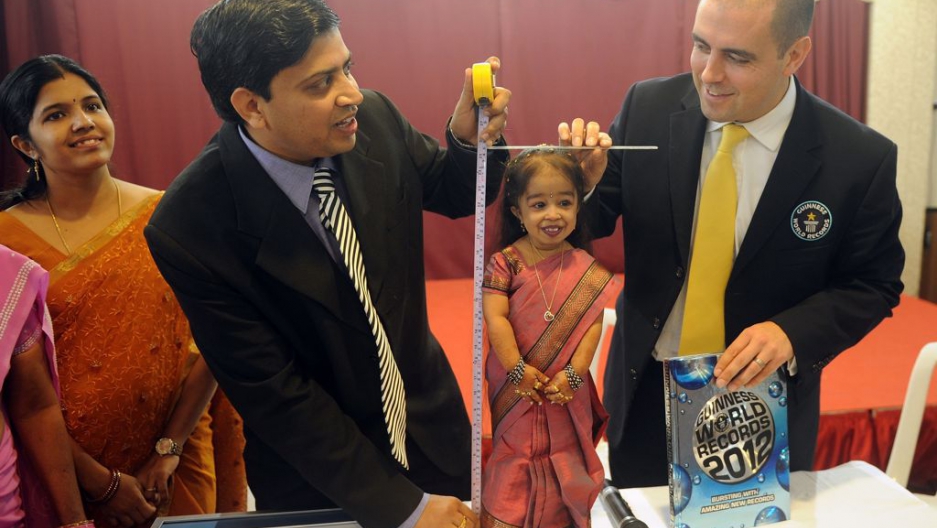 Jyoti Amge of Nagpur, central India, took over the title as she turned 18 Friday, the Associated Press reported.

That stat makes Amge a full 7cm (2.76 inches) shorter than the previous record holder, America's 22-year-old Bridgette Jordan of Sandoval, Illinois, who had held the title since September. She is only 1.8cm taller than the shortest woman ever recorded, Pauline Muster of the Netherlands who grew to 61cm (24 inches) before dying aged 19 in 1895.

Amge has a bone growth disorder called achondroplasia, which is a form of dwarfism, the BBC said. She is not expected to grow any taller.

Guinness World Records had a doctor measure her three times within 24 hours to confirm her height.

Its adjudicators awarded her the title at a ceremony in Nagpur.

Amge, who has just finished high school and plans to attend university, said the record was "an added birthday present":

"I feel grateful to be this size, after all if I weren't small and had not achieved these world records I might never have been able to visit Japan and Europe, and many other wonderful countries."

Amge hopes to become a Bollywood film star one day, according to NDTV.

Watch her receive her title, courtesy of CVB News: