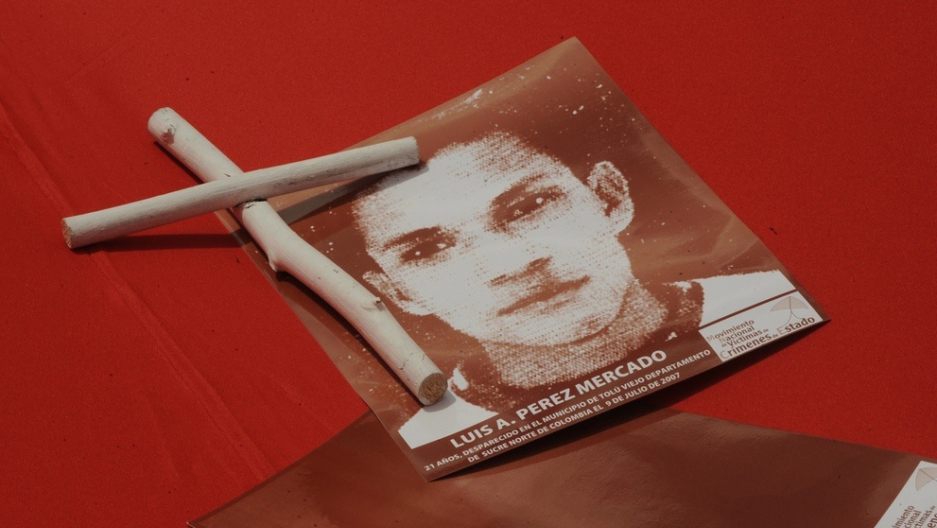 SAN JOSE, Costa Rica — During a five-day killing spree in 1997 in a remote Colombian village, nearly 50 unarmed civilians were hacked up and dumped into a river at the hands of outlawed paramilitary forces, right under the army's nose.

The Colombian government is challenging the official story of the Mapiripan massacre amid investigations into alleged false testimonies.

No one should doubt a massacre occurred, but some of the deaths and torture thought to have taken place there it appears never did, the government says, calling it a “mockery” of the international justice system.

Some human-rights groups say the government is suffering from massacre denial.

A large government delegation, including two top Cabinet officials, descended on the Inter-American Court of Human Rights in Costa Rica, which weighs in on rights issues in the region, in November to ask the judges to revise a 2005 sentence that ordered the state to pay millions of dollars of compensation for the killing of “approximately 49” civilians.

If reconsidered, the case would cast further doubt on the extent of Colombia’s massacre. But it could also encourage reductionist theorists in other countries, such as Chile and Guatemala, where historic human-rights cases have fetched sums in reparations for families of victims, analysts say.

The case is causing a national scandal in Colombia, which has suffered decades of brutal warfare involving leftist guerrillas, right-wing paramilitaries and the national army — often with unarmed civilians caught in the crossfire.

The “proven” facts documented in Inter-American Court texts spell out a veritable bloodbath in the village slaughterhouse.

At dawn of July 15, 1997, more than 100 paramilitary men surrounded Mapiripan, which is in the central Colombian department of Meta. The men were members of the United Self-Defense Forces of Colombia (AUC), paramilitaries blamed for the murder or disappearance of thousands of alleged leftist guerrilla sympathizers.

Witnesses testified that the AUC labeled some villagers as leftist guerrilla sympathizers or collaborators and then proceeded to torture them, dismember and slay them, then toss their remains into a river.

The massacre went on even as the army ignored calls for help. Several high military officials have been sentenced to jail in Colombia for failure to prevent the killings.

The army “not only refrained from impeding their arrival in Mapiripan, but also provided munition and communications,” the Inter-American Court text said, citing a soldier’s testimony.

Earlier this year demobilized paramilitary men came forward to testify about the details of this and other killings in Mapiripan.

The actual number of victims on record has always been inexact. Some documents name 21 victims, others at least 49. In April, a report by the humanitarian unit of the Colombian Prosecutor's Office identified as many as 77.

But in October of this year, news broke that Mariela Contreras, who had given a key testimony, retracted her statement. She now claimed that her once-missing son had reappeared and that her husband actually died sometime before the massacre.

State prosecutors opened investigations into several more cases of alleged “false victims” and determined that the total number of dead or disappeared could be closer to 13 — not even one-quarter of the total cited in the Costa Rica court ruling.

Colombian Justice Minister Juan Carlos Esguerra said that the goal of asking the court to revisit the incident would be “not to declare that the massacre didn't exist — because it did exist, we recognize that and we are sorry.”

“But those who made themselves pass as victims without being them and those who received reparations without deserving them should be subject to the corresponding determinations.”

The human-rights court, a judicial arm of the Organization of American States (OAS), granted the government three months from the November hearing to gather evidence that might persuade it to change the ruling, in itself a partial victory for the state.

“It would absolutely be a new precedent, and in my view an unfortunate one, allowing a government to reopen a case on the basis of later-found facts that they should have known at the time,” said Dinah Shelton, a George Washington University law professor who chairs the OAS’s Inter-American Commission on Human Rights in Washington, DC.

The Jose Alvear Restrepo Lawyers Collective, known as CAJAR, is fending off criticism for representing Contreras and other relatives of presumed victims of the massacre.

“The state of Colombia has tried to place a massacre denial theory in the media by minimizing the occurrence of the massacre,” CAJAR lawyer Jomary Ortega said at a news conference in San Jose ahead of the court hearing.

Both state prosecutors and rights groups should take greater care in filtering possible victims, according to Victor Manuel Rodriguez, international law adviser to the Costa Rica-based Inter-American Human Rights Institute. He thinks a revision could be a healthy process for the justice systems involved.

Skeptics of rights groups have found a fresh source of ammo. A regular columnist in The Wall Street Journal recently wrote a scathing piece charging the NGOs involved in the Mapiripan case with pocketing hefty sums while performing a “human rights swindle.”

Rodriguez said, “you shouldn't discredit the work carried out by humanitarian groups because one person gives a false testimony in a trial.”
Others worry that this case might embolden deniers in other countries still healing from brutal atrocities.

“It will certainly strengthen the case of those, from Chile to Guatemala, who claim that there's been an exaggeration of the numbers of victims resulting from state-sponsored violence,” said Juan Carlos Hidalgo, Latin America projects coordinator for the Cato Institute in Washington, DC.

The government is expected to submit its findings for review in February.