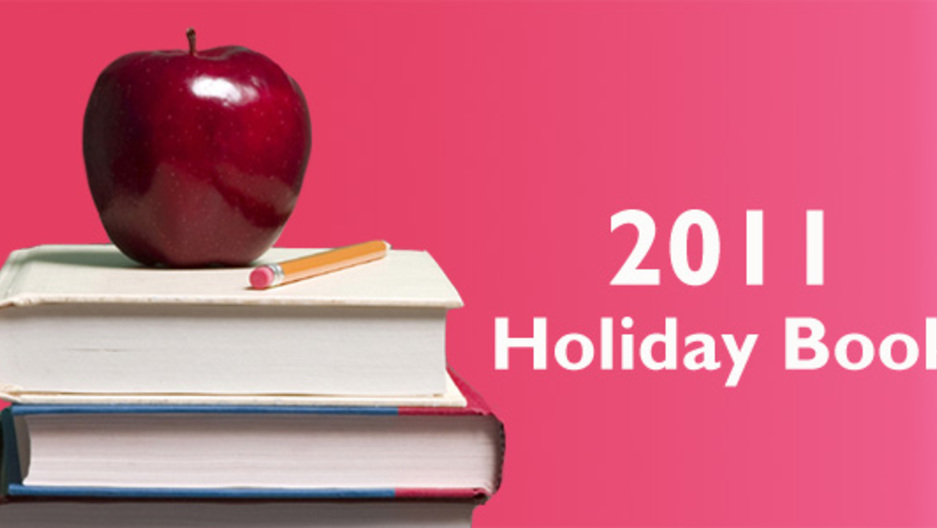 Share
By Carol Zall For the past few years, the approach of December has signaled one thing for me. Okay, if you count the fact that it's about to get really cold here in Boston, then I guess December signals two things, but by far the most important one to me is that The World's holiday books segments are coming up. Every year we try to think of new ways to look back at some of the year's best international books. Last year I had fun talking to bookstore owners and managers from around the world to get their top choices for great reads (you can check those suggestions out here.) This year, I decided to talk to some of the editors and writers we've had on our air in the past to see what they've been reading lately. Not everyone I got in touch with had the time to record a suggestion for us. For instance, I got a very nice reply from Joseph Stiglitz's assistant saying the Nobel prize winning economist was just too busy to take part. (Maybe next year, Professor Stiglitz?). But by and large, it was gratifying to hear back from so many people who wanted to share their suggestions for great books. Susan Glasser, the editor of Foreign Policy magazine, picked a memoir, "The Hare with Amber Eyes: A Family's Century of Art and Loss" by Edmund de Waal. Glasser says that De Waal, who's a potter, tells the story of five generations of the Ephrussi family through a collection of 264 tiny Japanese wood carvings called Netsuke, and also manages to tell the story of the rise and fall of European Jewry in the nineteenth and twentieth centuries along the way. (As soon as we recorded Glasser's suggestion, my colleague Jeb Sharp told me she'd been dying to read the book). More suggestions came from other editors. John Freeman edits Granta magazine, and chose "The Buddha in the Attic" by Julie Otsuka, a story about Japanese mail order brides who came to the United States in the early twentieth century. (That's a book I'd been meaning to read earlier this year that somehow fell off the pile — now it's firmly at the top of my reading list again). I also had a chance to chat with John about the year's books in general, and to ask him a few cheeky questions like how many books he reads a week, and whether he reads in bed (who wouldn't want to ask Granta's editor that?) — You can find that extra chat below: Another editor, Corby Kummer of The Atlantic, recommended Paula Wolfert's "The Food of Morocco", while filmmaker Robert Kenner, who directed Food, Inc., chose "Every Man Dies Alone" by Hans Fallada , an incredible novel about a couple in Berlin during World War II who try to resist the Nazis. It was written in the nineteen-forties, but only published in English a couple of years back. (A big thanks to The World's Beijing correspondent Mary Kay Magistad for recording Kummer and Kenner's recommendations for me at a meeting they were attending in China). Continuing with Korby Kummer's food theme, another food-oriented book choice came from Azadeh Moaveni, herself the author of "Lipstick Jihad: A Memoir of Growing Up Iranian in America and American in Iran" and "Honeymoon in Tehran: Two years of Love and Danger in Iran". She recommended "Day of Honey" by Annia Ciezadlo, a memoir about Ciezadlo's experiences as a foreign correspondent in Beirut and Baghdad. Moaveni told me that this book sometimes reads like a war thriller, sometimes like a foodie cookbook, but either way, she really loved it. Another writer who gave me a suggestion was Yiyun Li, author of "A Thousand Years of Good Prayers," "The Vagrants" and "Gold Boy, Emerald Girl" (one of my favorite short story collections of recent years). Her steer was for another short story collection called "East of The West: A Country in Stories" by Miroslav Penkov, a Bulgarian writer. I'd never heard of him, but anything that Yiyun Li recommends goes straight to the top of my list! Finally, Mary Kay Magistad also cornered historian Jonathan Spence for me at that same meeting in China, and he recommended two linked novels by Amitav Ghosh — "Sea of Poppies" and "River of Smoke" . Spence says the two books deal with the opium war and the problems of trade between India and China in an incredibly original and interesting way, and offer up a reinterpretation of the historical past. So that's the list for 2011. On air it took about four minutes and twelve seconds to get through most of them. I hope there's something in there that you might not have come across otherwise. And of course, if there's a book you want to add to the list, you can do it right here. I'm waiting to see what World listeners have on their lists. Happy reading.