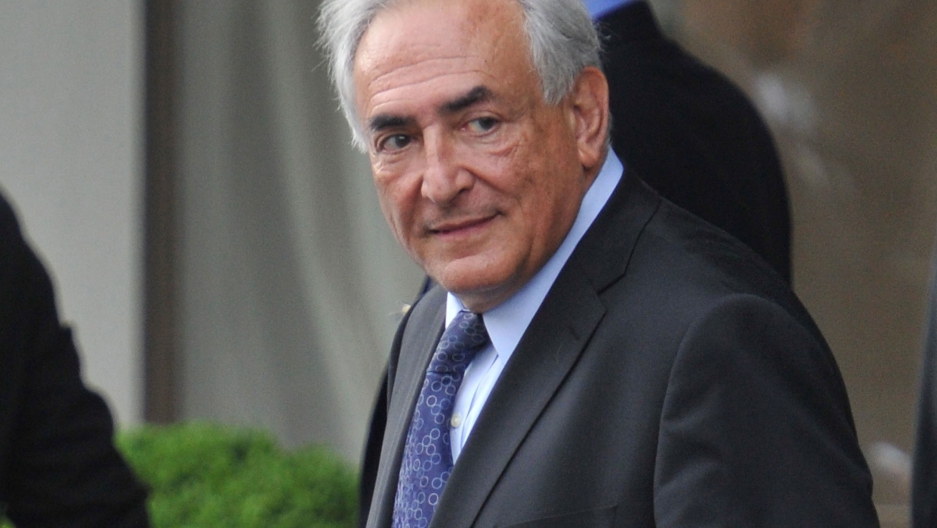 Oh, sex scandals. How we love thee. 2011 was quite a year for sex scandals, which resulted in one man losing his role as head of the International Monetary Fund and another suspending his presidential campaign.

Here are GlobalPost's top 10 sex scandals from the year. Which one did you find most outrageous? Leave your pick in the comments section below.

The former head of the International Monetary Fund, Dominique Strauss-Kahn, resigned after a hotel chamber-maid accused him of sexually assaulting her after she entered his room at the Sofitel Hotel in New York this past May.

Read more: In France, DSK is toast after arrest for sexual crimes in NY

Arguably the most disturbing sex scandal of the year happened at Penn State with the news that assistant football coach Jerry Sandusky was arrested and charged with sexually abusing 10 boys. The story quickly focused on how those at Penn State handled past reports of sex abuse. Ultimately, Penn State trustees fired longtime coach Joe Paterno and University President Graham Spanier.

Former New York Congressman Anthony Weiner meant to send a sexually explicit photograph of himself to a woman he was presumably interested in as a direct message on Twitter last May. Instead, the married soon-to-be father tweeted an image of himself in his underwear to the general public. He has since resigned.

Read more: Why I will miss Berlusconi

A conservative lawmaker in Indonesia was caught watching a pornographic video while sitting in parliament. The lawmaker, Arifinto, resigned and reportedly faced a punishment of having to recite the Quran cover-to-cover within 30 days.

US Republican presidential candidate Herman Cain was soaring in the polls until woman after woman came forward with allegations of sexual harassment. Yet another woman then came forward with the claim that they had had an affair for years. Cain denied any and all wrongdoing, but  he ultimately suspended his campaign.

7. Prince Albert and his runaway bride

There was much chatter this summer when Monaco's Prince Albert II was planning to marry South African swimmer Charlene Wittstock but allegedly had had multiple love interests, which resulted in two children born out-of-wedlock. The French press claimed that Wittstock tried to flee and return home to South Africa three times. In the end, she stayed in Monaco and became his princess.

Actor and former California Gov. Arnold Schwarzenegger and his wife, Maria Shriver, separated in April after it was revealed that Schwarzenegger had had an affair with his employee, Mildred Baena, and had fathered a child with her.  Schwarzenegger and Shriver have four children together and had been married for more than 25 years.

Just as details emerged about the sex scandal at Penn State, the assistant men’s basketball coach at Syracuse University was accused of sexually abusing young boys. Four men have now come forward with accusations against Bernie Fine, who has been fired from the university.

And finally, Justin Bieber. A young woman accused the 17-year-old singer of fathering a baby with her. From the start, Bieber denied the reports and called the woman's accusation, “completely made up." It now looks like Bieber has been telling the truth all along: the woman, Mariah Yeater, withdrew the paternity suit against him.

Sadly, we don't have any past GlobalPost stories on Justin Bieber's baby drama that we can link to. But he does appear in Thursday's story on popular Google searches. Read more: Google's 2011 hottest searches