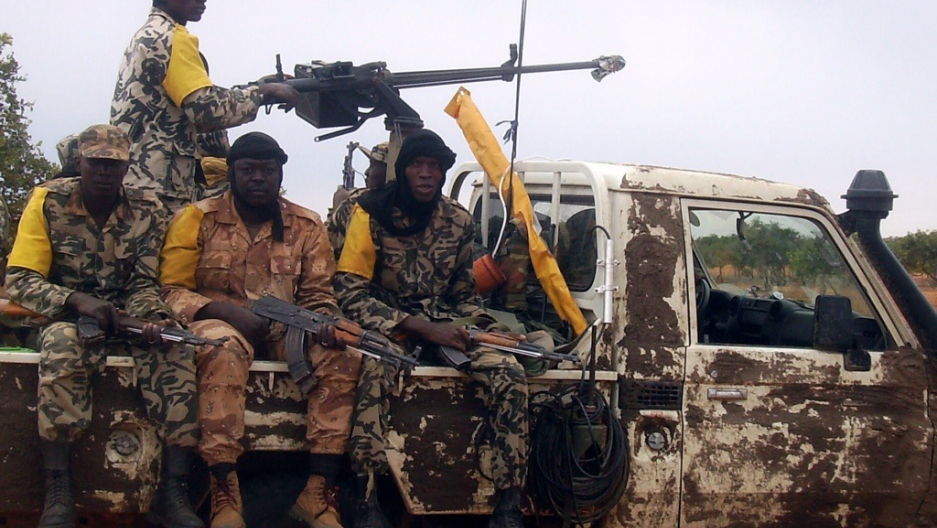 Malian troops after a military raid dislodged Al Qaeda in the Islamic Maghreb (AQIM) from its newly-built base in the Wagoudou forest in July 2011. In late November AQIM kidnapped four tourists and murdered one near Timbuktu.
Credit: Serge Daniel
Share

Authorities said the gunmen belonged to Al Qaeda in the Islamic Maghreb (AQIM) and that several others involved in the abductions, which took place on Nov. 24 and 25, remained at large.

Timbuktu and its tourism industry have been reeling from the violence.

Although soldiers are now patrolling the streets of Timbuktu, many residents said such security measures weren't enough to save Mali's tourism industry.

“The town is in a state of shock, horrified that such a thing should happen in their city,” said Miranda Dodd, owner of the hotel Sahara Passion in Timbuktu, in an email. She worries the violence in one of Mali’s biggest tourist destinations could affect this desperately poor nation for years to come.

“This is feared to be the death knell for an already shaky industry,” Dodd added.

In early December, AQIM released photographs of the five hostages, including the three taken from Timbuktu, further heightening fears.

With few natural resources but a rich history, Mali depends on tourism revenue. The global economic downturn combined with a looming drought has hurt the country’s economy, which has a GDP of $9.2 billion and is rated as one of the world's 10 poorest countries. The kidnappings — the latest in a string of abduction across the Saharan region — may be the final straw.

“If you own or work for a restaurant, hotel, travel agency or tour operator in northern Mali, your livelihood likely ended last week,” Phil Paoletta, a freelance writer who has spent several years in West Africa, said.

The number of tourists visiting Timbuktu had drastically decreased in recent years. In 2006, 45,000 tourists visited the city, the number fell to 6,000 in 2009 to a meager 492 in the first quarter of 2011, according to statistics published by the Malian Press Agency in November.

Even seasoned travelers are thinking twice about visiting Timbuktu.

Artist Wren Miller had been planning to drive from her home in the United Kingdom to Timbuktu in a truck full of books to be given out to Malian children.

“I am taking a very long hard look at my plans,” Miller said in an email. “But until things settle down, I fear it is impossible and will need to rely on others to deliver them.” Having used travel websites to coordinate support and solicit travel advice, she worried she’d already put herself at risk.

“AQIM is very media savvy and monitors the web carefully, potentially screening blogs, forums, etc,” she said. “In the future I will be more discrete.”

Many worry the effects will be felt countrywide.

“All the work I did over the past year there may be ruined now,” said Yuri Horowitz, a former Peace Corps volunteer who returned to the country last year to expand sustainable tourism in a popular trekking region roughly 200 miles away from Timbuktu.

Even as far away as the capital, Bamako, ripples can be felt.

“In my neighborhood, everyone is aware of the case of the hostages,” said Moussa Sidibé, an employee of the NGO Malian Association for the Promotion of Female Enterprises.

The United States Embassy recently updated its travel warning saying it “continues to warn US citizens of the risk of travel to Mali, and to recommend to all US citizens residing in or visiting Mali against all travel to the north of the country.”

But not everyone believes the worry is justified.

“It has always been our stance that the travel warnings against Mali were overblown,” said Kiley Kraskouskas, director of “Essakane”, a documentary about the annual musical Festival Au Desert just outside Timbuktu.

“Only time will tell if this is an isolated incident or if this is a growing pattern for the region,” she said.

Author of the Rough Guide to West Africa and regional blogger Richard Trillo said, “Having been in Timbuktu just last month — utterly peaceful, unguarded, relaxed, unthreatened and unthreatening — I find it [the AQIM kidnappings] as hard to come to terms with as the idea of a plane crashing onto my house right now.”

Casey Scieszka and Steven Weinberg are journalists who have lived in Timbuktu and wrote about their experiences there in their book "To Timbuktu: Nine Countries, Two People, One True Story."