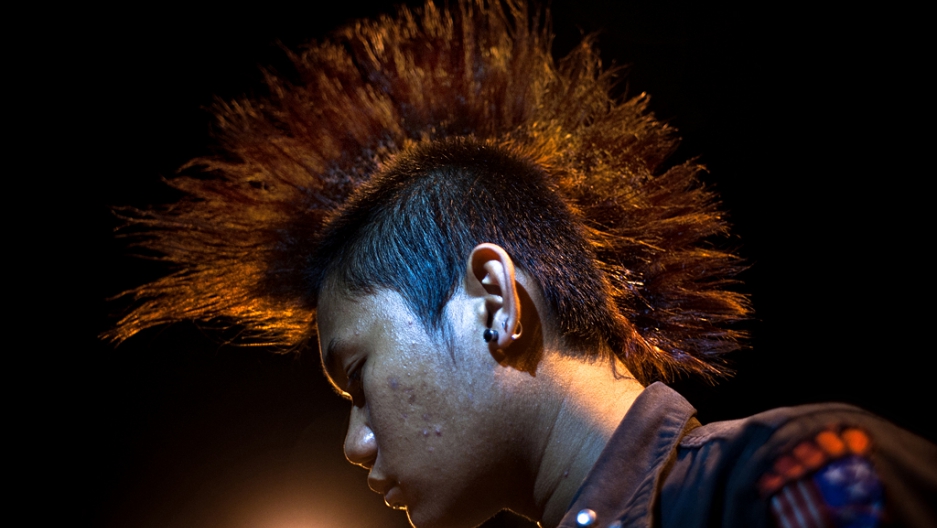 Some 64 Indonesians have been given an unwanted make-over as part of the authorities' treatment for a "new social disease": punk rock.

The punks, ranging from teenagers to people in their 30s, were arrested at a charity concert last weekend in the town of Banda Aceh, in the country's conservative Aceh state, the Jakarta Globe reported.

They were taken to a police school Tuesday for a forcible "re-education."

State police chief Iskandar Hasan told the Globe what that would involve:

"There will be a traditional ceremony. First their hair will be cut. Then they will be tossed into a pool. The women’s hair we’ll cut in the fashion of a female police officer. Then we’ll teach them a lesson.

The punks—who have not been charged with any crime—were to be held at the facility for a further 10 days for "rehabilitation" and religious training, according to Hasan.

"What the police have done is totally bizarre. Being a punk is just a lifestyle. They exist all over the world and they don't break any rules or harm other people."

Accusing the punks of immorality, drinking and drug use, Illiza said police would continue their campaign against punks "until they're all caught."

Aceh is the only province of Indonesia governed by Islamic Sharia law, which forbids "immodest" clothing, the unsupervised mixing of men and women, alcohol consumption and homosexuality. The state's punk-loving youth has complained of police harassment for months, reported the Associated Press.

The news of their enforced return to normality was greeted with anger and solidarity by their international comrades. On the PunkNews community site, NickVicious called on the detainees not to give in: "Wear your jeans, wear NO jeans, rock that f*cking hawk and be who you are;" while Adamusag wryly observed, "Things in Indonesia must be fantastic if this is their biggest worry."

And as another user wrote: "Looks like the Indonesian skinhead scene just got a few new members."