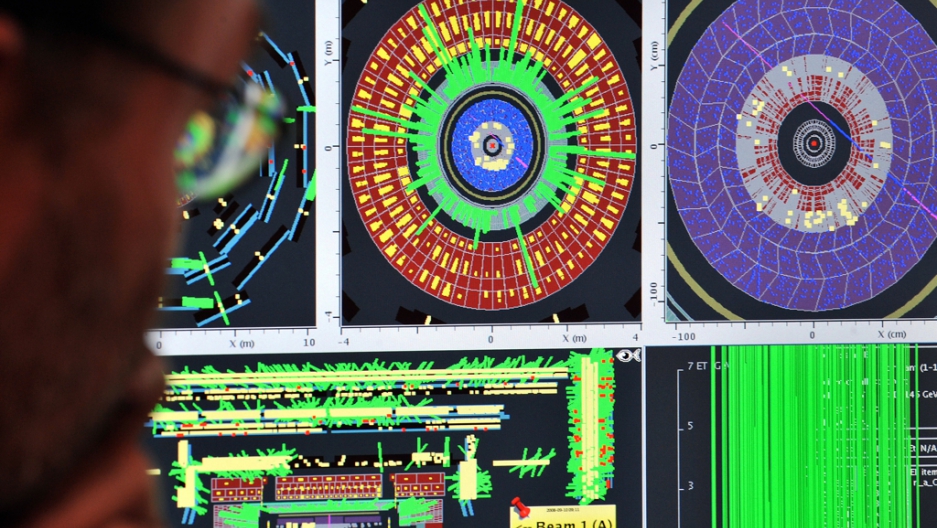 Researchers working with the Large Hadron Collider (LHC) particle accelerator in Switzerland say they may have found the Higgs boson, or "god particle."

At a public progress report in Geneva Tuesday, scientists with the European Center for Nuclear Research—CERN—said their experiments had provided good, though not conclusive, evidence for the particle's existence.

The first experiment, Atlas, narrowed the likely range down to 116 to 130 Gigaelectronvolts (GeV). The second, the Compact Muon Solenoid or CMS, pointed to a range of 115 to 127 GeV.

Particularly compelling are the "multiple independent measurements pointing to the region of 124 to 126 GeV," said CERN.

However, the statistical certainty of the measurements is still too low to be able to claim that the Higgs boson has been officially discovered, said the BBC. Research will continue in an effort to establish the particle's existence more conclusively, with further announcements expected in 2012.

The early results were nonetheless hailed as a milestone for particle physics.

Dr Claire Shepherd-Themistocleus, head of the CMS group at the UK's STFC Rutherford Appleton Laboratory, told the Guardian that scientists were closer than ever to finding the Higgs boson:

"We are homing in on the Higgs. We have had hints today of what its mass might be and the excitement of scientists is palpable. Whether this is ultimately confirmed or we finally rule out a low-mass Higgs boson, we are on the verge of a major change in our understanding of the fundamental nature of matter."

The Higgs boson is crucial to confirming the dominant theory of which particles make up the Universe and how they interact, known as the Standard Model. The discovery of the Higgs would fill the only remaining gap in the model, which is how particles have mass.

The Higgs mechanism was proposed by physicists in 1964 as an possible solution to the puzzle.

The Higgs mechanism proposes that there is a field permeating the Universe—the Higgs field—that allows particles to obtain their mass. Interactions with the field—with the Higgs bosons that come from it—are purported to give particles mass. This is not unlike a field of snow, in which trudging through impedes progress; your shoes interacting with snow particles slows you down.

The field is believed to have activated a fraction of a second after the Big Bang, enabling previously weightless particles to slow down, come together and begin to form all the atoms and molecules that make up the Universe as we know it.

Scientists have been searching for the mysterious particle ever since it was suggested, so far with no solid proof that it is real.

The Higgs field would be impossible to observe, so scientists are searching instead for what they believe to be its fundamental particle, detectable as a ripple in the field.

The LHC creates high-speed collisions between protons—positively charged subatomic particles—creating showers of particles that scientists hope will include a Higgs boson. The particle is thought to decay very rapidly, so researchers will track the trail of other particles it leaves behind it as it decays.

While finding proof of the Higgs boson would be a major discovery, not finding it could be an even greater one. Harvard particle theorist Lisa Randall told the New York Times that some physicists are hoping the answer will be more complicated than the Higgs mechanism suggests:

The great irony is that not finding a Higgs boson would be spectacular from the point of view of particle physics, pointing to something more interesting than the simple Higgs model. Future investigations could reveal that the particle playing the role of the Higgs has interactions aside from the ones we know have to be there for particles to acquire mass.