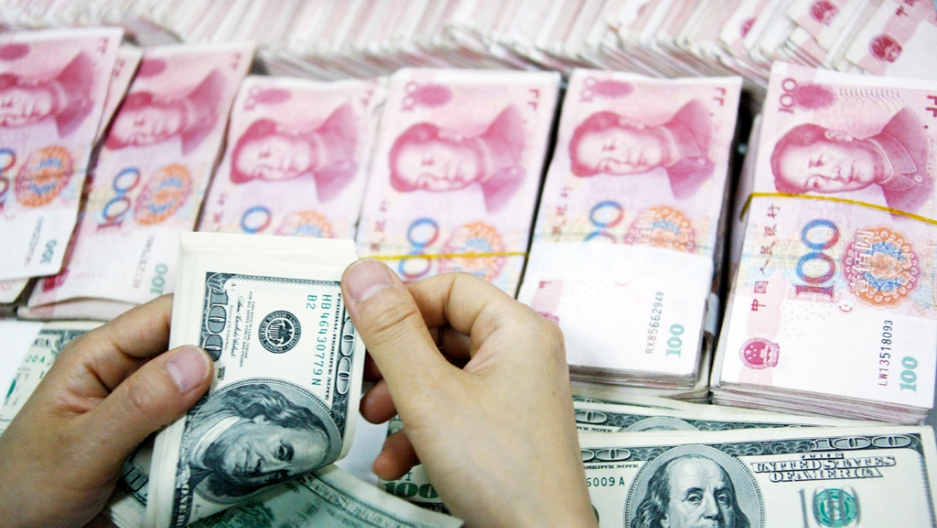 Due to the decreasing value of the US dollar, Zimbabwe is contemplating using the Chinese yuan for its transactions.
Credit: ChinaFotoPress
Share

Although the US dollar is far more useful than Monopoly money, its decreasing value has some countries worried.

According to The Christian Science Monitor, the African country of Zimbabwe started using the US dollar when its own currency, the zim, failed in 2009.

Currently, retailers are supposed to use the Euro and the British pound.

But according to New Zimbabwe, "Those two currencies have never caught on." Aside from the US dollar, the South African rand and the Botswana pula are also used.

Lately, however, the Chinese yuan is looking a lot more attractive.

“As a country, we still have the opportunity to avoid being caught napping by adopting the Chinese yuan as part of consolidating the country’s look East policy," said Gideon Gono, governor of the Reserve Bank of Zimbabwe.

New Zimbabwe reported that Gono also worried about how the euro-zone debt crisis will affect its national economy.

The African country will still work towards repairing its own currency. But in the mean time, the yuan may serve as a viable and temporary substitute.

According to Think Africa Press, Vice president Joice Mujuru said that “adopting the Chinese yuan would be a logical step and could help solve some of the country’s liquidity constraints."

Furthermore, China is one of Zimbabwe's biggest trading partners, and it also takes in much of Zimbabwe's mineral and agricultural exports.