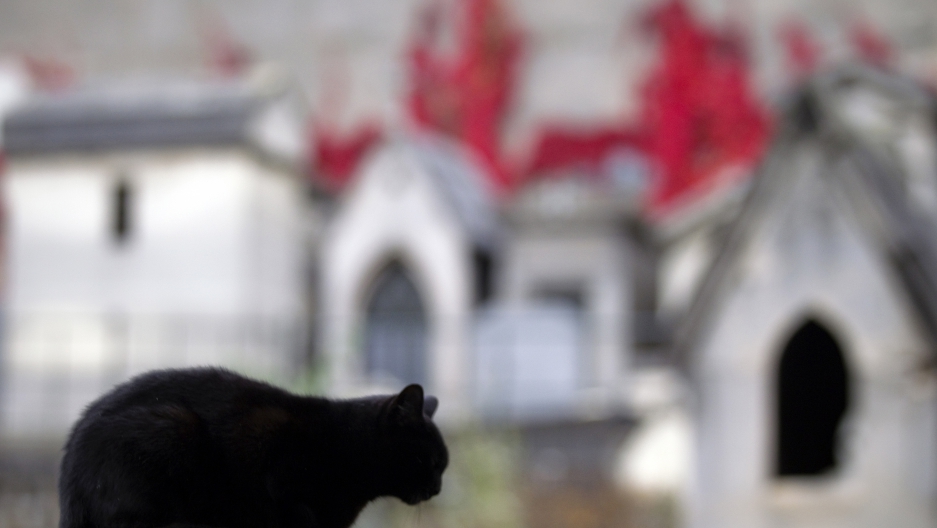 Tommaso, a black four-year-old Italian cat, not only has nine lives, he has over $13 million.

Once a stray on the streets of Rome, Tommaso is now the world’s richest cat after inheriting millions in property from its 94-year-old owner who died last month, the Guardian reported. Tommaso’s owner, Maria Assunta, died last month and left her entire estate to the lucky kitty. Largely a property portfolio, Assunta owned homes and villas from Milan to Calabria.

Assunta’s lawyers Anna Orecchioni and Giacinto Canzona said she left the fortune to Tommaso in her will, which she wrote herself in their office in Rome in October 2009, the Times of India reported. Assunta didn’t have any children and was the widow of a successful builder. She gave her lawyers the mission to identify “the animal welfare body or association to which to leave the inheritance and the task of looking after the cat Tommaso,” the Guardian reported.

Under Italian law, animals cannot inherit directly, but can be named beneficiaries once a trustee is found, the Daily Telegraph reported. While Assunta’s lawyers searched for a beneficiary organization, Stefania, only identified by her first name, became Assunta’s nurse. The two met in a park and she began to take care of Assunta when she started growing very frail, and has been named trustee to the cat and his fortune, the Daily Telegraph reported.

"I promised her that I would look after the cat when she was no longer around. She wanted to be sure that Tommaso would be loved and cuddled,” said Stefania, the Daily Telegraph reported. But I never imagined that she had this sort of wealth. She was very discreet and quite, I knew very little of her private life. She only told me that she had suffered from loneliness a lot."

But Tommaso doesn’t stand alone as a wealthy house pet. Gunter, a German shepherd, is the world’s richest animal, the Daily Telegraph reported. He was left $138 million by heiress Karlotta Liebenstein.