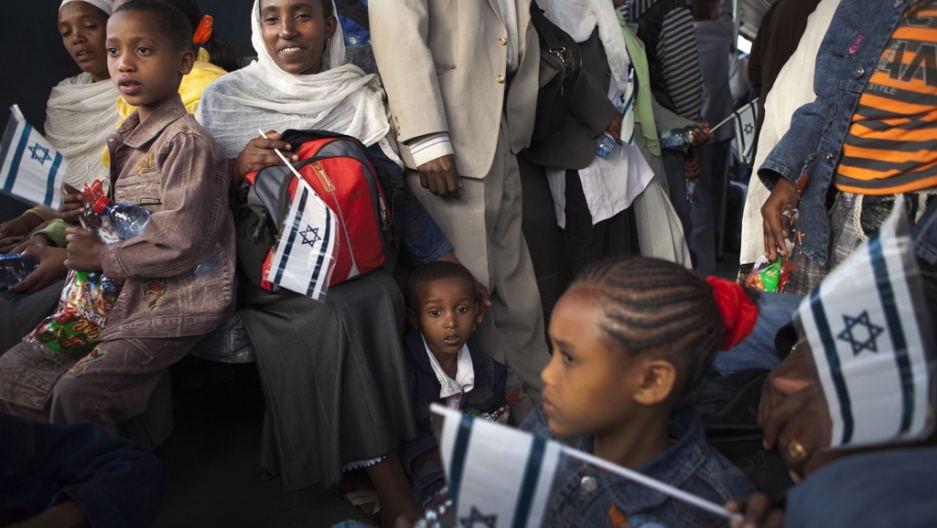 The announcement came on Sunday after a cabinet meeting focused on the problem. The budget will go towards expanding detention centers, policing companies that hire illegal immigrants, and continuing construction of a fence along the Egyptian border. The fence is set to be completed in less than a year, Ha'aretz reported.

Prime Minister Benjamin Netanyahu told his cabinet that he would tour Africa in February to speak with leaders about returning illegal immigrants to their native countries, UPI reported.

Roughly 50,000 Africans, many from Eritrea and Sudan, have crossed into Israel illegally over the past 6 years, The Times reported. Some work in hotels and on construction sites, while many others cannot find work and rely on refugee agencies. The immigration wave began in 2005, when Sudanese refugees in Cairo were attacked and 20 people were killed. Rumors spread that Israel would provide more job opportunities and a warmer welcome, given the Jewish people's history of persecution, The Times reported.

Yet Netanyahu said that Israelis, especially those from the lower classes, worry that an influx of illegal immigrants will "flood" the country and take away jobs from Israeli citizens.

"Israel is a small country, we can't afford a flood of illegal job-seekers," Netanyahu said on Tuesday, Ha'aretz reported. "It is a threat to our society, our economy and our security."

All well-off countries face the challenge of how to handle poor foreign migrants and how much credence to give their accounts of political persecution. But the situation in Israel is complicated by Jewish history and has led to a national debate. On the one hand, this is a small country that wishes to maintain a strong Jewish majority. On the other, the Jews’ past of eviction and persecution makes some here argue that Israel should have special sensitivity for those fleeing prejudice and conflict.

In 2010, Israel deported around 1,200 children of migrant workers, in order to protect the Jewish character of the state.

More from GlobalPost: Israel may deport kids of foreign workers

"Israel cannot turn into an asylum," interior minister Eli Yishai said, UPI reported. "They say that I'm a racist, but it's time to remove them."

Refugee activists are fighting against the Israeli government's claim that many immigrants are merely looking to improve their financial situation, and argue that many Africans who arrive in Israel are seeking political refuge.