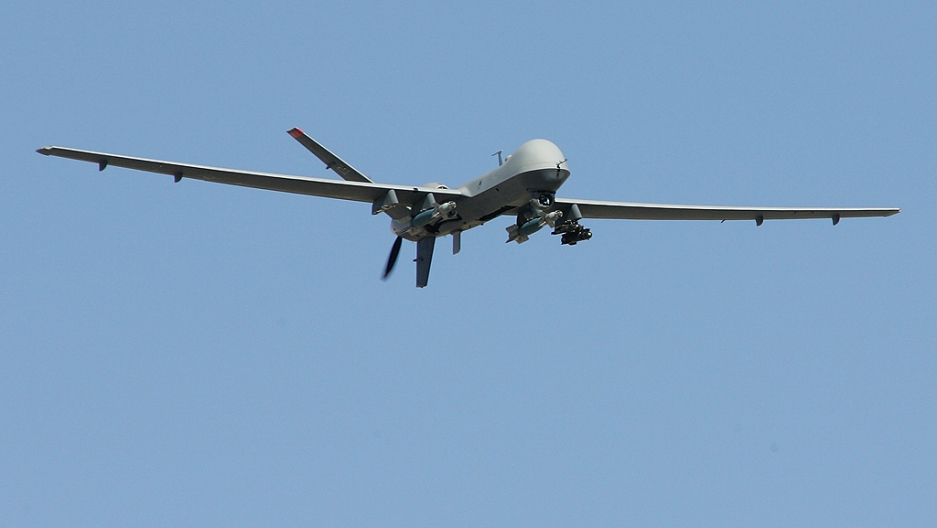 An MQ-9 Reaper flies by on a training mission August 8, 2007 at Creech Air Force Base in Indian Springs, Nevada. The Reaper is the Air Force's first "hunter-killer" unmanned aerial vehicle (UAV) and is designed to engage time-sensitive targets on the battlefield as well as provide intelligence and surveillance.
Credit: Ethan Miller
Share

Iranian authorities had a clear message for the United States regarding the unmanned CIA spy plane that crashed in the Islamic republic last week: finder’s keepers.

“No one returns the symbol of aggression to the party that sought secret and vital intelligence related to the national security of a country,” General Hossein Salami, the deputy head of Iran's Revolutionary Guard, said on Iranian state television.

More from GlobalPost: Did Iran hack into a CIA drone, causing it to crash?

The Associated Press reported that Salami called the American violation of Iran’s airspace a “hostile act”.  The general threatened that Iran would have a “bigger” response, according to AP.

Salami also backed away from earlier remarks made by Iran claming that the American drone was shot down:

“A party that wins in an intelligence battle doesn’t reveal its methods. We can’t elaborate on the methods we employed to intercept, control, discover and bring down the pilotless plane,” he said.