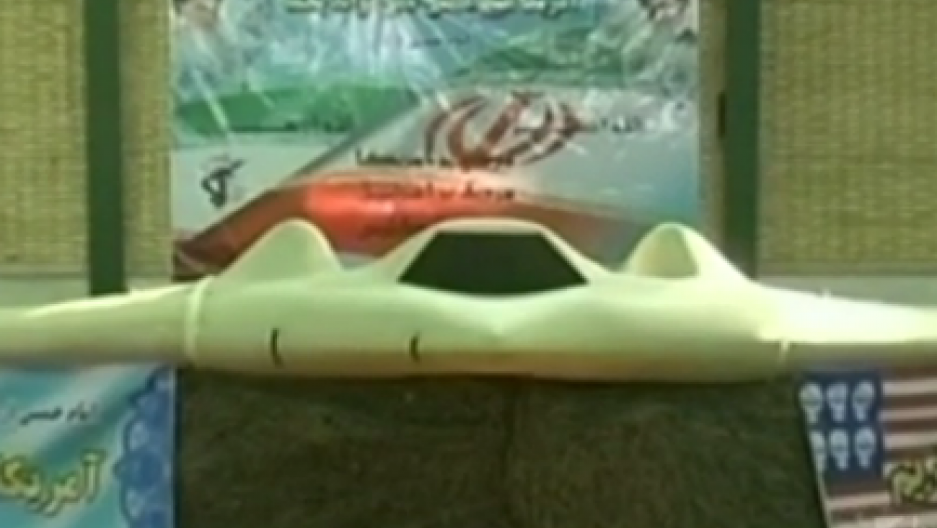 Iran on Thursday displayed what it says is a high-flying, super stealthy American drone that it used cyber warfare to take down over its country in the last week.

An RQ-170 Sentinel, sometimes called the Beast of Kandahar, loitered over the compound where Osama Bin Laden was hiding before and during the U.S. raid that killed him. According to the New York Times, the U.S. had been using a Sentinel over Iran to monitor that country's nuclear and missile development program.

American officials say the drone they lost was badly damaged, though what was shown on Iranian TV looked anything but.

The undercarriage is carefully hidden while on TV and some in the Pentagon are unofficially suggesting what is being shown may actually be a mock-up.

The United States considered a secret mission into Iran to retrieve the drone, filled with sensitive stealth and sensory technology. Ultimately, however, the U.S. decided that would be too risky.

But President Barack Obama said the United States is not backing down from their intense observation of Iran.