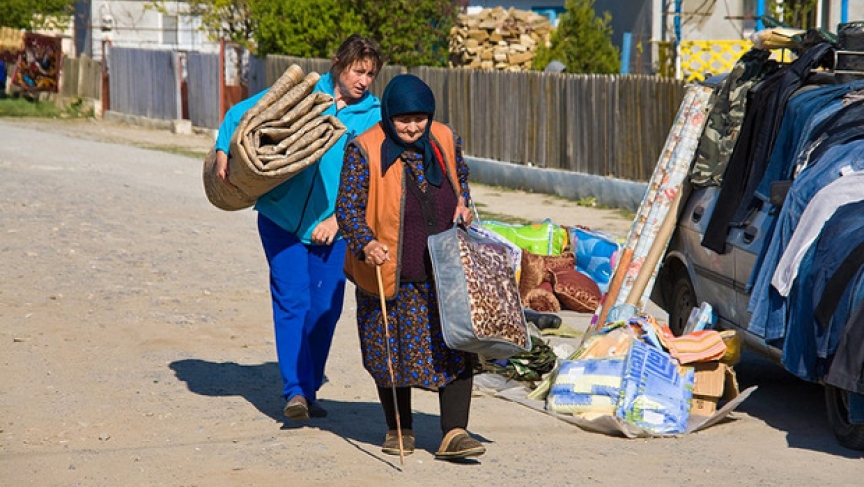 Share
As pressure from global investors builds against Spain, the lame duck government there is desperate to calm global markets. Spain's problem isn't so much over-borrowing as high unemployment — the highest in the eurozone, at nearly 23 percent. Prime Minister Jose Luis Rodriguez Zapatero took one controversial step to improve the labor market recently. He banned Romanians from coming to work in Spain. The move has upset some Romanians. But others think it probably wasn't such a bad idea. When Romania and a bloc of Eastern European countries joined the European Union in 2004 their citizens faced a seven-year ban on free movement. Western Europe feared a flood of laborers into their markets. That ban expired earlier this year. But in August Spain lobbied successfully to have it reinstated for Romanians, for another 12 months. Some Romanians, like one Bucharest resident named Adriana, are offended that their right to free movement has been taken away again. "We are viewed as evil in other countries," she said. "They see us as thieves. They think Romania is a country where bad things happen." It's About Jobs and Jobs Only Spain said its concern is about jobs and jobs only. With nearly five million people unemployed, prime minister Zapatero argued that drastic measures were needed to shrink the labor pool. The European Commission agreed. Some Romanian politicians were furious. Renate Weber is a Romanian member of the European Parliament. She said she recognizes that Spain has too few jobs for too many people, but she questions the Spanish government's real motives in singling out Romanians. "The truth is statistically they didn't come with any evidence that more Romanians would come," Weber said. "So in this respect I don't think it was based on evidence of fear from flows of workers. I think it was very much the line of the populist kind of measures." Spain's government may or may not have provided figures, but the anecdotal evidence is there: Some 800,000 Romanians live legally in Spain. They're not affected by the new restrictions. But an estimated one million more are in Spain illegally. Worse for Workers On a recent day in Barcelona, a group of young Romanians moved a small cement mixer into place for an under-the-table construction job. Among them was Nicola Dumas. Dumas, a father of two, has been here for years. These days he can't find steady work. Still, Dumas said, he's far better off here than he'd be back home, where the crisis is just as bad and the state welfare support worse. He said it was a good thing that Spain closed its borders to his countrymen. "Because a lot of people come from Romania to work and don't find any. So its not worth leaving home," Dumas said. "Plus," he added, "if I'm working and a new guy comes along charging less he could steal my job." Not only are the once-plentiful construction jobs for Romanians scarce, but the jobs available are increasingly unpleasant. Dumas said employers are taking advantage of the current situation. Knowing that some Romanian workers are at risk of being kicked out, he said, employers are paying them less and less. Romania's minister for European Affairs, Leonard Orban, worried the new labor restrictions in Spain are part of a larger pattern of discrimination. "Because there was also a decision in Netherlands, where conditions became tougher than before in what is linked to Romanian and Bulgarian workers. So we notice that there are in some countries," Orban said, "tendencies to create tougher rules." But migration research suggests those tough rules aren't really needed. Far fewer Romanians are leaving home these days. With over a million already in Italy and more than that in Spain, experts say most of those who wanted to leave Romania already did. That explains why this Bucharest university student named Gabriel is staying home. "Better to stay here and try to do something here," he said, "to do something for ourselves and while we're at it, for our country." Meanwhile in Spain, the restriction seems to have done little to lower unemployment. It remains at 23 percent, up a point since the law was put into effect.