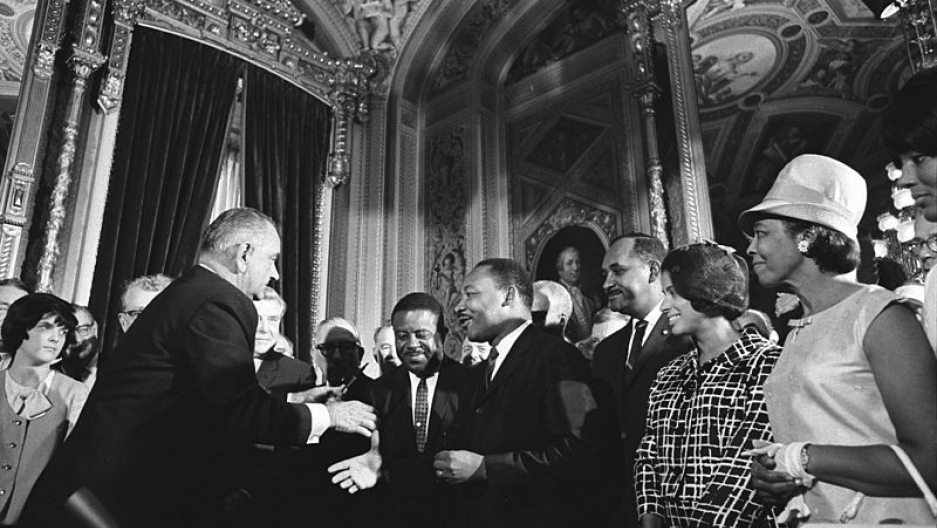 Both parties recognize that minority voters could spell the difference between victory and defeat in next year's election, but a new report from the NAACP said new voting laws may be trying to minimize their power.

Changing demographic numbers underscore the importance of Latinos in election. And there are any number of voter registration efforts going on to try and get more blacks and Latinos to the polls.

According to the NAACP, there is a concerted effort to disenfranchise African-American and Latino voters ahead of next year's presidential election. They say that new voting laws are an attack on minority voting rights.

On Saturday, the NAACP will send a petition to the United Nations, seeking their support in fighting new laws in 25 states that they say target blacks and unfairly restrict the right to vote.

Benjamin Todd Jealous, President and CEO of the NAACP, said these efforts amount to the worst, coordinated attack on voting rights since the dawn of Jim Crowe.

"There are groups like the American Legislative Council that have in the past year have ...(introduced) documentation for model legislation, how they're instructing people state-by-state to push it," he said. "When you see a law in this country, good or bad, introduced in 30 places all at once, someone's pushing it. It's become clear these people are pushing it."

"When people come after your rights to vote, they do it to also come after other rights you hold so dear," Jealous said.

Jealous said what this amounts to is an effort to make it harder for working class people to vote.

"Black and brown people are disproportionately working people and poor people in this country," he said.

As examples, Jealous cites taxes introduced on late registration, a tax on early voting and a tax on Sunday voting.

"Sunday voting has really been made in many Southern states and places in the Midwest, a right of the Black church. This is a huge day when people push out their entire congregations to vote," he said.

Jealous said these voting restrictions, some of which were taken off the books in the wake of the civil rights movement but that are slowly being reintroduced, may make a serious impact on the election in Florida.

In particular, he cited the effort in Florida to implement a life-time ban on ex-felons voting. In history, many states that have used these bans explicitly stated they did so to try and minimize the efforts of Black voters.

"Folks now, don't feel as comfortable as they did speaking back then, but the impact is the same," Jealous said.

Some half a million working people, many black, were pushed off the voting rolls by this policy, Jealous said.

Jealous said they're turning to the United Nations because the U.N. is challenging all of its members to protect the rights of minorities.

"U.S. voting rights and the protection of minority rights her is the foundation for that all over the world," Jealous said.