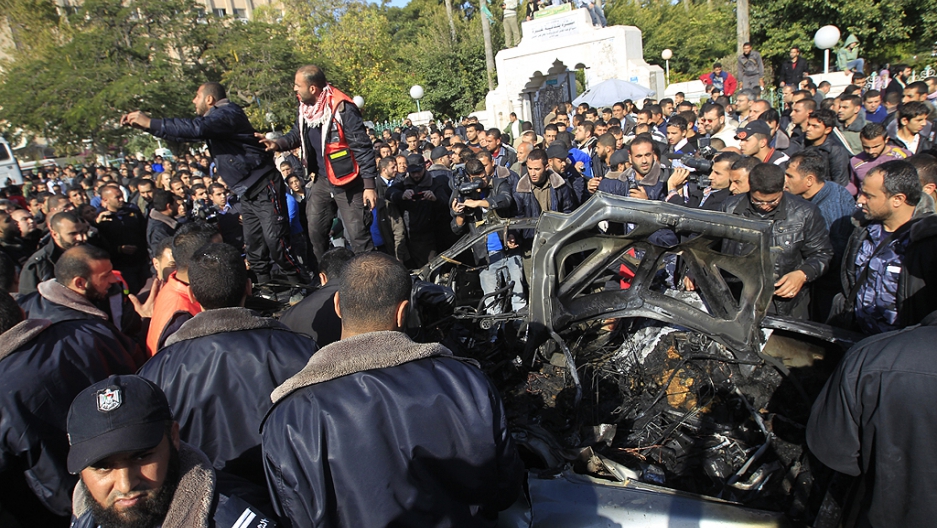 Security in Gaza said that an Israeli airstrike on the Gaza Strip has left two Palestinians dead, according to Agence France-Presse.

Two others were wounded in the blast, which reportedly targeted a car near Gaza City.

A short while ago, in a joint IDF-ISA activity, an IAF aircraft targeted a terrorist affiliated with the Al-Aqsa Martyrs’ Brigades, as well as an additional terrorist in the northern Gaza Strip. These terrorists were both affiliated with a terrorist squad that intended to execute a terrorist attack against Israeli civilians and IDF soldiers via the western border. A direct hit was confirmed.

One of the terrorist Isam Subahi Isamil Batash, born in 1968, from the city of Gaza was a senior operative in the Al-Aqsa Martyrs’ Brigades. Batash was involved in numerous previous terror attacks in which terrorists from the Gaza Strip infiltrated Israel via Sinai. One such attack was the suicide bombing in Eilat (January 2007), in which three Israeli civilians were killed. In recent years, a number of Batash’s attempted attacks were thwarted.

The strike came a day after Israeli warplanes carried out twin raids targeting what the military said was a Palestinian militant cell planning to launch rockets into Israel.

The strikes killed one Palestinian militant and wounded two others in an area east of the Zeitun neighbourhood, the Islamic Jihad movement said.

Israel frequently targets militants it says are about to launch rockets into the Jewish state, or bombs Gaza in response to such rocket fire, but it also carries out targeted attacks against members of Gaza militant groups.

Earlier on Thursday, AP reported that a car exploded in Gaza City:

The officials say ambulances are on the way to the site of the blast but had no further details. They spoke on condition of anonymity because they are not authorized to speak to the media.

A reporter working for CNN in Israel mentioned earlier on Twitter that there were "initial reports of 2 to 3 dead", and also tweeted that Israel's military "confirms air force activity over Gaza City."