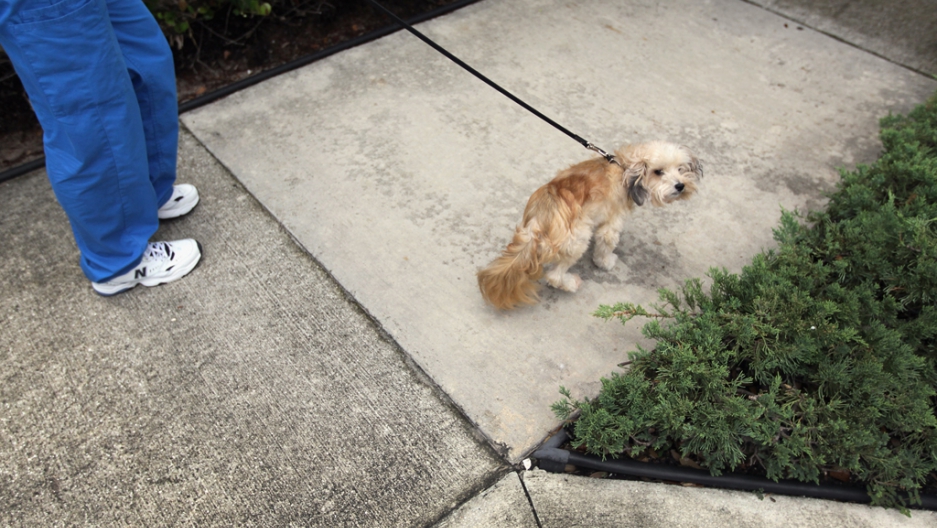 Maggie the dog looks to do her business.
Credit: Joe Raedle
Share

Among Taiwan's problems is, apparently, an abundance of dog poop.

Specifically, New Taipei City, which surrounds the capital, is full of the s**t.

In response, authorities have come up with what AFP called an "innovative" scheme to keep the streets clean.

More from GlobalPost: Taiwan gays prouder than ever

It's a "lottery" of sorts for which willing participants pick up dog poop and then receive one ticket per bag. The tickets are entered into a pool, and the winner selected gets Tw$60,000 ($2,000) in gold.

The lottery got some press when it began in August. But four months on, no one could have predicted what a resounding success the scheme would be.

AFP reported today that more than 4,000 residents of New Taipei City signed up for the competition, and the city has so far collected 14,000 bags of the stuff.

"The outcome of the campaign beat all our expectations," Lai Lien-chueh, from the city's environmental protection bureau, told AFP.