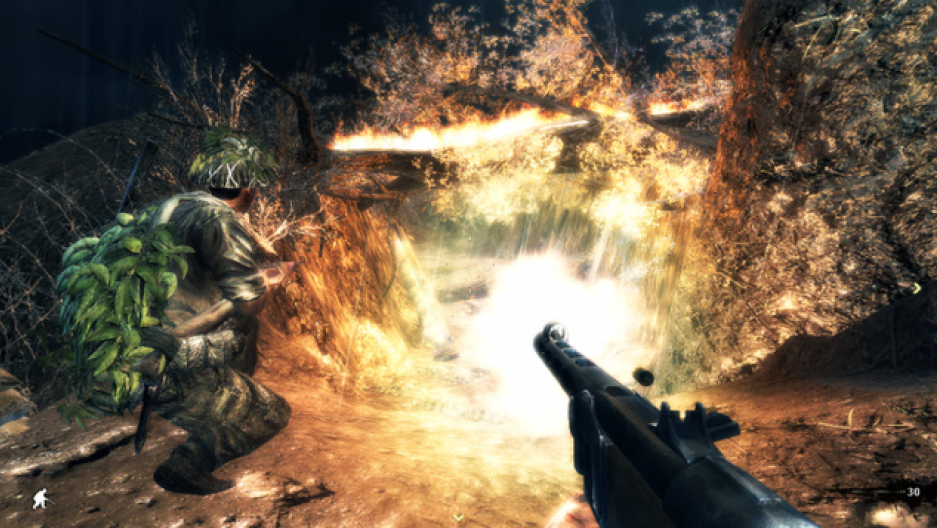 A screen shot from the Vietnamese-produced "7554," a Call of Duty-esque video game that pits guerrilla forces against French colonial troops.
Share

Anyone with an XBOX can virtually slaughter Nazis, Russian commandos, Middle Eastern terrorists and even U.S. forces gone rogue.

So why not French colonialists?

The Kotaku Web site has the scoop on "7554," a Vietnamese-produced PC shooter that allows players to fight as communist revolutionaries fending off French troops in the First Indochina War.

This is significant not because 7554 will dazzle diehard gamers. The gameplay looks a bit choppy in the trailer and highly derivative of the top-selling "Call of Duty" franchise.

But that's OK. A small market like Vietnam would never be expected to match the American-dominated video game industry's expertise.

What they can offer, however, is a totally different perspective from America's tired World War II or marines-versus-terrorists storylines.

The Vietnamese head of Enobi Games, which produced the title, told Kotaku that they "set out to create a game that pays homage to those who stood up and protected our country ... Normandy and D-Day are not familiar battles with Vietnamese people, but we really love to play Call of Duty."

As non-U.S. game developers improve their craft and cash in on their domestic audiences, I suspect we'll see more titles like 7554, which derives its name from the day in 1954 that the French surrendered.

Perhaps Chinese developers will create a shoot-em-up that lets players blow away imperial Japanese troops. If the gameplay was up to par, I suspect even American kids would buy it.