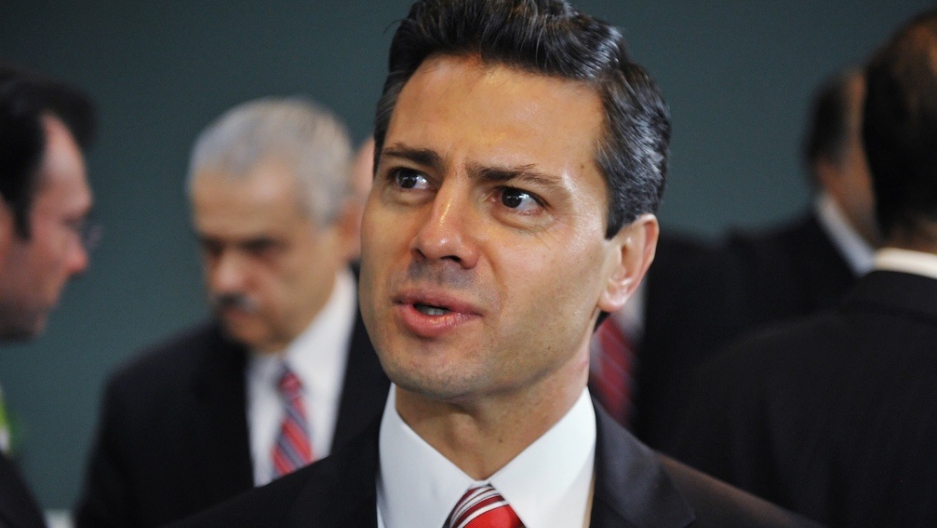 It looks like the Republicans aren't the only ones struggling on the campaign trail.

Enrique Pena Nieto, a former governor of Mexico state and the current frontrunner in Mexico's July 1 presidential poll, floundered for "about four minutes," per the AP, when asked to name three books that had influenced him.

For those of you following the GOP race with breathless anticipation, you may remember that Texas Gov. Rick Perry's "Oops" moment lasted for a painful 60 seconds.

Thank goodness there's no video of Pena Nieto's bomb, because we don't think anyone could handle watching something so cringeworthy for that long.

We can tell you what happened though.

"I have read a number of books, starting with novels, that I particularly liked. I'd have a hard time recalling the titles of the books," Pena Nieto said during a question-and-answer session at the weekend book fair in the western city of Guadalajara.

At a question-and-answer session.

At a book fair.

Nobody saw that one coming? Really?

Anyway, so Pena Nieto started fishing around. He came up with... the Bible! He's read "parts" of that. So that's good. He even came up with another book, "La Silla del Aguila," but got the author wrong. The author, by the way, is Mexico's most famous novelist at the moment — Carlos Fuentes.

He even looked to his aides for help, which won him a bit of laughter from the audience.

And, finally, he gave up:

"The truth is that when I read books, the titles don't really sink in," he said after several minutes.

Pena Nieto has cruised to the top of the polls ahead of the vote, riding a wave of discontent with the rival party under President Felipe Calderon, whose war on drugs has left around 50,000 people dead in the past five years. Mexicans are sick of the violence, and Calderon's pretty unpopular.

His critics have charged that he's just a slick, handsome dude with an empty head. With gaffes like that, who needs an oppo-research team.