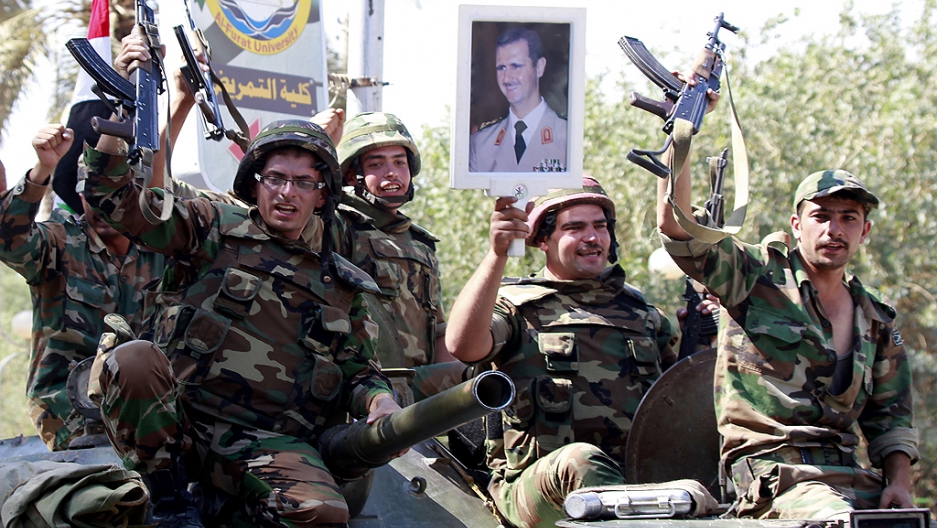 Syrian soldiers raise their weapons while holding a picture of Syrian President Bashar al-Assad as they leave the eastern city of Deir Zor following a 10-day military operation on August 16, 2011.
Credit: -
Share

Syria’s military held a series of war games to test its readiness over the weekend, as international pressure mounts on President Bashar Assad to end his regime's crackdown on the country’s 8-month old uprising.

AP called the drills “an apparent show of force as President Bashar Assad’s regime defies pressures over its deadly crackdown on opponents.”  From the AP report:

Syria’s military conducts war game every year but these maneuvers were of a higher-level, combining missile tests, the air force and ground troops.

State TV said the exercise was meant to test “the capabilities and the readiness of missile systems to respond to any possible aggression.”

The drill showed Syrian missiles and troops were “ready to defend the nation and deter anyone who dares to endanger its security” and that the missiles hit their test targets with precision, the TV said.