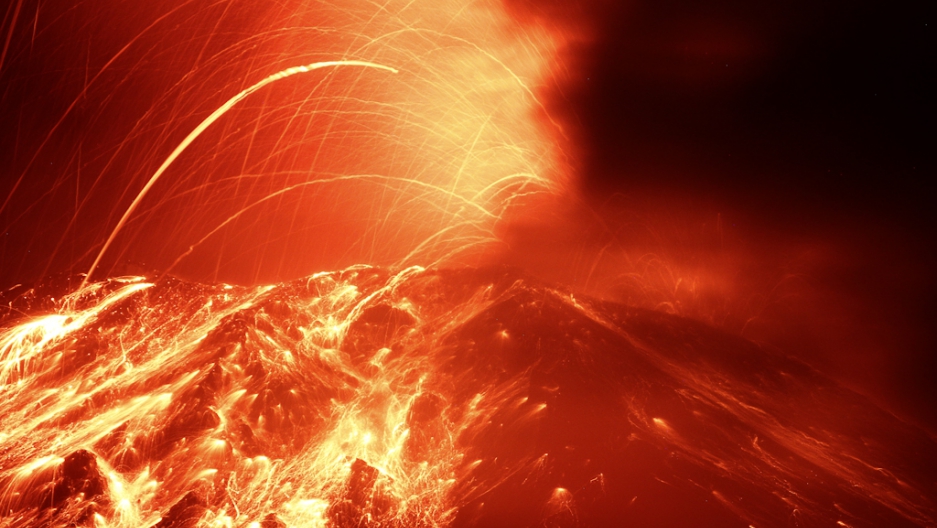 View of the Tungurahua Volcano throwing incandescent rocks and lava, from the town of Runtun, Ecuador, on December 4, 2011, 135 km south of Quito.
Credit: Pablo Cozzaglio
Share

There is no sign that Ecuador's Tungurahua volcano will cease eruptions any time soon. Since Nov. 27, Tungurahua has been spewing hot rock, ash and magma, shaking nearby villages. It's beautiful from afar... but you wouldn't want to be anywhere near there.

Volcano boarding: the latest in adventure-tourism

The 5,029-meter volcano is located about 135 kilometers south of the capital Quito and has been active since 1999.  In 1999, violent erruptions forced 15,000 people to evacuate the surrounding area. In 2006, six people were killed in a village in Chimborazo province.