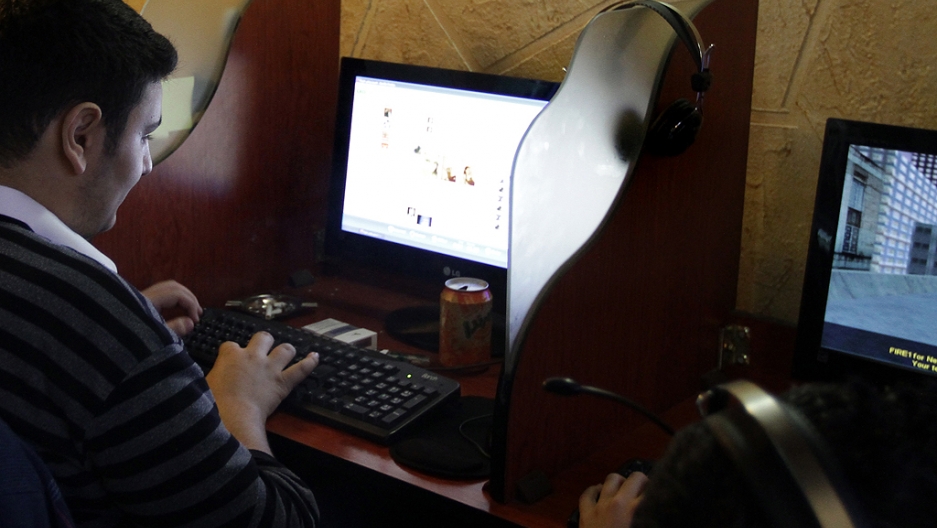 Syrian youths use computers at an internet cafe in Damascus on March 18, 2011.
Credit: -
Share

Syrian authorities arrested a prominent female blogger on Sunday, according to reports.

Razan Ghazzawi, 30, was reportedly detained by Syrian authorities along the Syria-Jordan border while on her way to a conference in Amman.

Since 2009, Ghazzawi has been running the blog Razaniyat, where she campaigns for freedom of expression and gay rights. She also coordinates the Syrian Centre for the Media and Freedom of Expression, which she was to have represented at a workshop in the Jordanian capital on freedom of information in the Arab world.

According to several media outlets, Ghazzawi was believed to have been the inspiration for the hoax blog A Gay Girl in Damascus.

Global Voices described Ghazzawi as “one of the few bloggers in Syria who writes under her real name, advocating for the rights of bloggers and activists arrested by the Syrian regime, as well as the rights of gays and minorities.”

More from GlobalPost: Turkey vs. Syria

Reuters cited several of Ghazzawi’s friends who confirmed the arrest, and said “there was no comment from the Syrian authorities, who have barred most independent journalists from the country, saying that non-state media have been spreading lies about the uprising, which they blame on a foreign conspiracy.”

Jillian York, the Director of International Freedom of Expression at the Electronic Frontier Foundation, described Ghazzawi as "one of my heroes" in the Guardian:

Though Ghazzawi had blogged under her own name for several years, at the start of the Syrian revolution she had a change of heart, changing her name on Twitter and locking down her Facebook account. I never asked, but I assumed she was scared. She left for a while for Lebanon, then Egypt, but ended up back in Syria soon after; I can only assume she felt compelled to return.

Eventually, she decided against anonymity, returning to her former outspoken nature and tweeting, her opposition to the regime coming across loud and clear.