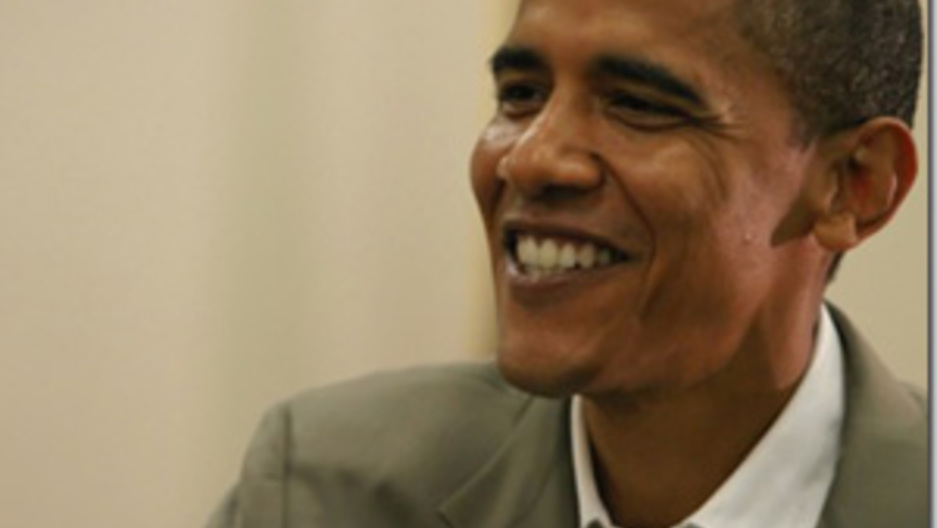 Traditionally thought of as a Republican stronghold that most past Democratic candidates haven't even bothered with, the Obama campaign is actively courting Arizonans for 2012.

The campaign has opened offices in Phoenix, Tucson and Flagstaff and recruited a Latino candidate for Senate. The state's booming Latino population, combined with the state legislature's crackdown on illegal immigration, has opened the possibility for a bluer Arizona.

Hispanics now make up nearly a third of the state's residents, the New York Times reported, and that's nearly 20 percent of those of voting age.

Couple that with Republicans' hard-line stance on immigration and Obama thinks he may be able to win Arizona — a state that was out of play in 2008 as the home state of his opponent, Sen. John McCain. Obama picked up 45 percent of the vote in 2008, despite it being McCain's home.

“I’m completely focused on metrics, and I’m not going to waste money,” Jim Messina, Mr. Obama’s campaign manager said in the Times, referring to the campaign’s decision to open offices in the state. “Arizona is the one state in the country where we didn’t play hard in 2008.”

But pundits still think it will be a tough state for Obama to win there, despite wins by Latino Democrats in local and statewide races in the past few years.

"A poll came out last month that had Obama pitted head-to-head against the two then-Republican front-runners, Romney and Cain, and Obama was beating both of them," Conover said. "Granted it was more than a month ago and a year ahead, and a new poll has come out with Romney ahead, but it's tight."

"Approximately one-third of Arizona voters are independent voters," she said.

Garcia Blasé,  the former president of the Somos Republicans, said only about half of the eligible Latino voters in Arizona are registered to vote and she's working to get more of them ready to vote. She said many are more interested in becoming politicaly active in the wake of the political decision made in Arizona in the past year.

"This is becoming a purple state, by registration numbers," Conover said. "The state is split in almost perfect third among Republican, Democrats and independents, with independents the fastest growing."

Garcia Blasé said in 2008, the Democratic Party registered many new Latino voters in Colorado and Obama wound up carrying the state. Garcia Blasé, whose party's primary focus is registering Latino voters, said there's a very real possibility that the same route could lead Obama to victory in Arizona in 2012.