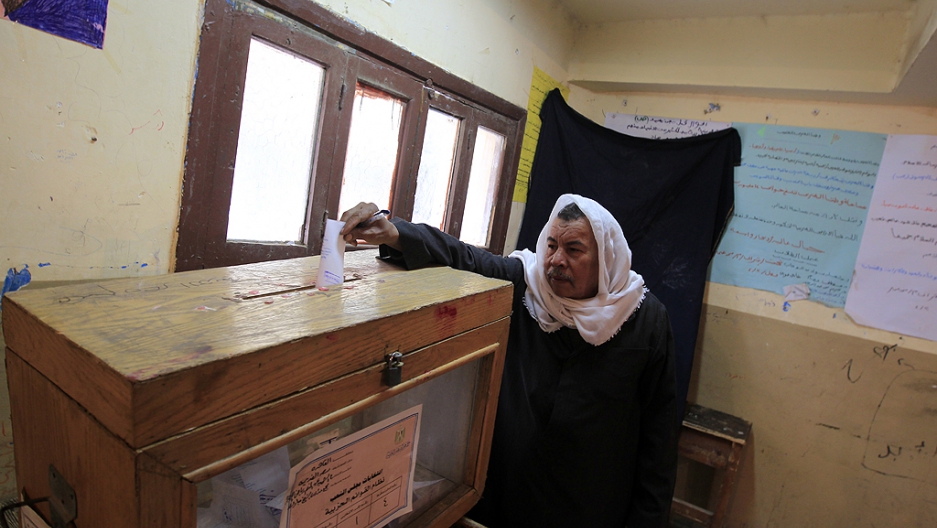 An Egyptian man casts his ballot in the run-off of the first round of voting at a polling station in Cairo on December 5, 2011. Islamist candidates looked to extend their crushing victory in Egypt's first parliamentary elections since the overthrow of president Hosni Mubarak.
Credit: MAHMUD HAMS
Share

Well, it turns out that the accurate voter turnout number was actually 52 percent, not 62.

The discrepancy, however, was not because of a lack of sleep - on our end, at least.

"The accurate percentage of attendance in the first round was 52 percent, not 62 percent," Abdel Moez Ibrahim, head of the election body, told reporters.

He said members of the committee's secretariat made the error, adding that he "was very tired" when he gave initial figures at a news conference last week.