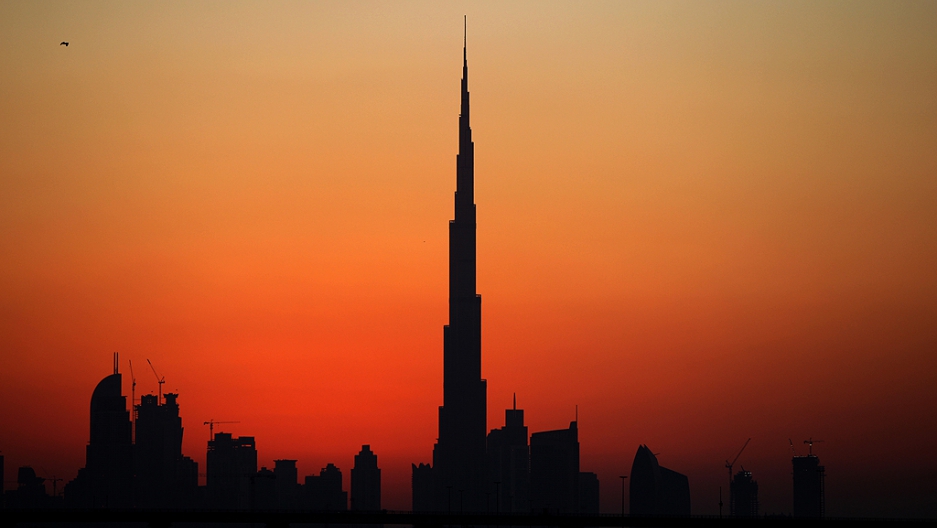 A “daredevil” acrobat from Norway is hoping to perform a hand-stand from the top of the Burj Khalifa, the tallest building in the world.

The Dubai skyscraper bills itself as the world’s tallest free-standing structure, at over 2,700 feet and 160 stories. The building’s elevator also broke a record for having the longest distance to travel in any highrise of its kind.

From the United Arab Emirate’s National:

Eskil Ronningsbakken, a former circus performer from Norway, has asked the owners of the Burj Khalifa for permission to perform the stunt, which he hopes to be "contrary to all physical laws".

He would set up a ladder, secured with rigging, at the spire of the Burj Khalifa, then balance on one hand at the top of it, his body pointing out at an angle away from the building.

"Why would I not want to do it?" he said. "This is how I live. This kind of performance is as natural to me as meeting in court is for a lawyer."

Earlier this year, ‘Spiderman’ Alain Robert climbed the Burj al-Khalifa in 6 hours with ropes and a harness.