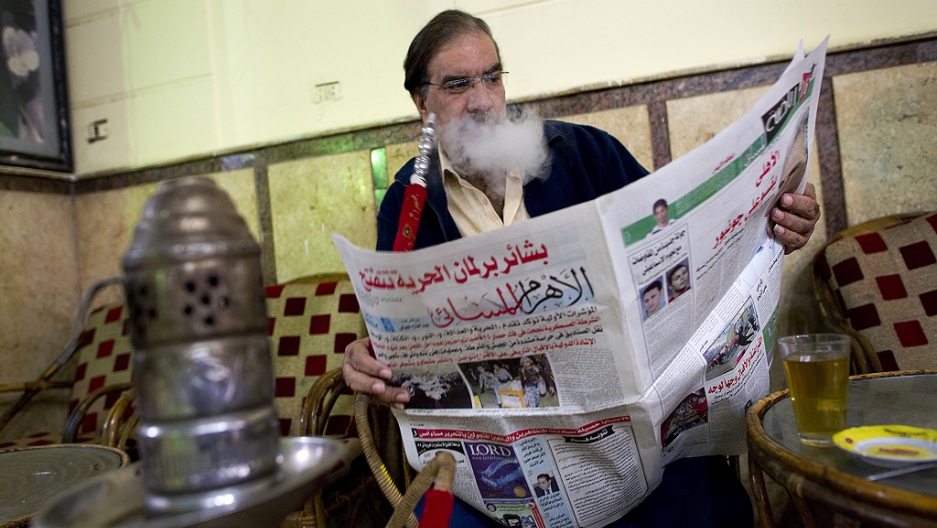 An Egyptian man reads a newspaper at a cafe in the Zeitun neighbourhood of Cairo on November 30, 2011. Egypt's Islamists claimed they were headed for victory in the opening phase of the country's first post-revolution election after two days of peaceful polling that won international plaudits.
Credit: ODD ANDERSEN
Share

Egypt's Islamists parties won a majority of the party seats in the first phase of the country's parliamentary elections, according to an Associated Press report on new and partial results for the proportional party list ballots.

Here's a rundown of results for the party lists so far:

More from GlobalPost: As polls close, Egypt closes in on democracy

One important note from AP: "the [above] results only reflect the party list performance for less than a third of the 498-seat parliament."

Also, there are still two election stages left for Egypt's lower house of parliament.  For a look at all the "convoluted" rules on how the next parliament will take shape, read our Egypt election primer.