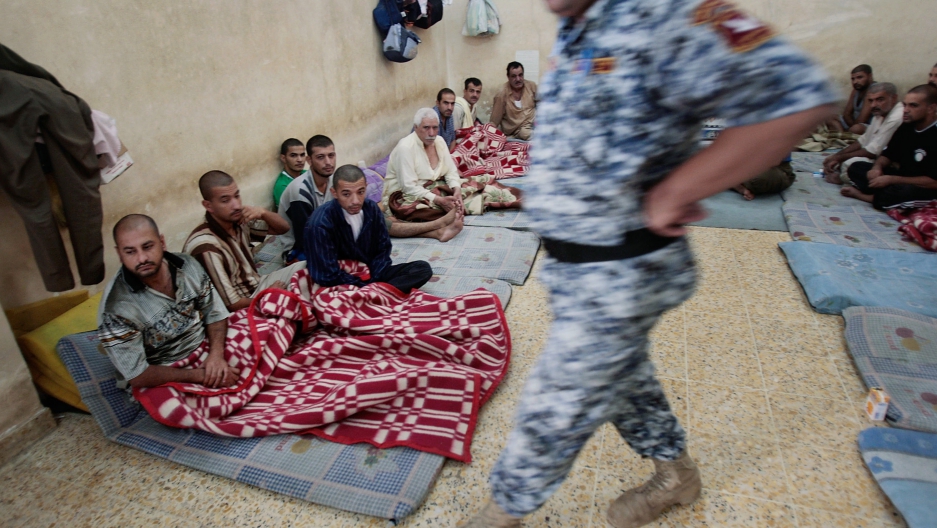 The US Senate approved a defense bill that would require the military to hold suspected terrorists linked to al Qaeda or its affiliates, even if they are captured on American soil, indefinitely without trial.
Credit: Chris Hondros
Share

The United States Senate approved a massive $662 billion defense bill that would require the military to hold suspected terrorists linked to al Qaeda or its affiliates, even if they are captured on American soil, indefinitely without trial, the Associated Press reported.

The Senate voted 97-3 on the bill Thursday night, despite a veto threat from President Barack Obama due to policies over handling terror suspects, the AP reported. The bill authorizes money for military personnel, weapons systems, national security programs in the Energy Department, and the wars in Iraq and Afghanistan in the fiscal year that began Oct. 1, according to Time.

Not only does the White House oppose the bill, Defense Secretary Leon Panetta and FBI Director Robert Mueller are also against its provisions, Time reported. After the Senate approved the bill, the White House issued an official veto threat.

The Associated Press broke down how the funds would be distributed. The Defense Department will receive the biggest cut, with $527 billion, followed by $17.5 billion for defense programs in the Energy Department. The bill also authorizes the numbers for military forces. a 1.6 percent pay raise for all members of the armed forces and also gives the right to military chaplains to refuse to perform marriages over moral principle.

The bill’s most controversial clause regarding military custody of suspected al Qaeda members, which US citizens are exempt from, challenges citizens' constitutional rights, tests the boundaries of executive and legislative branch authority and sets up a confrontation with the Democratic commander in chief, the AP reported. Civil rights groups strongly oppose the bill.

Read more at GlobalPost: Arguments heat up over defense cuts in debt deal