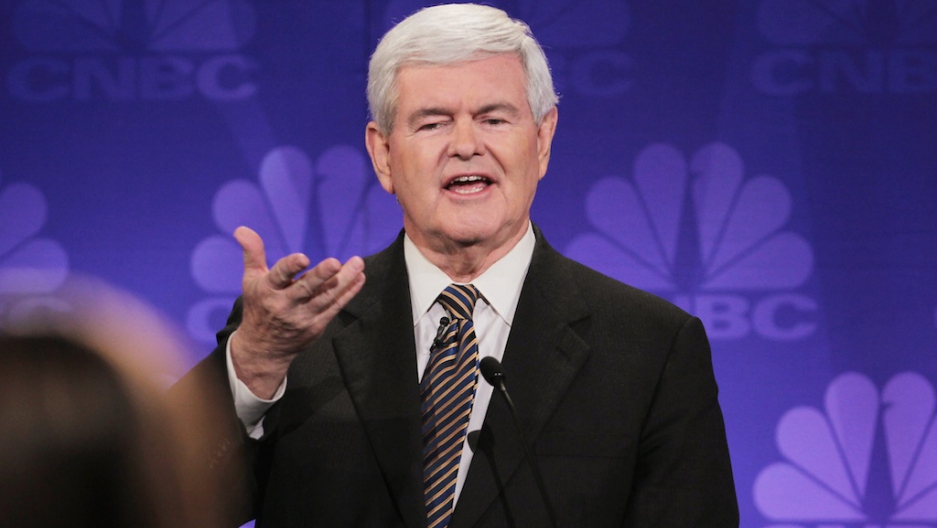 Newt Gingrich speaks during a debate hosted by CNBC and the Michigan Republican Party at Oakland University on November 9, 2011 in Rochester, Michigan.
Credit: Scott Olson
Share

Newt Gingrich has defended his suggestion that poor kids should work as janitors, commenting that they have "no habits of working" nor getting paid for their endeavors "unless it's illegal."

Adding that he thought child labor laws to be "truly stupid," he continued: "And let me get into the janitor thing. What if they became assistant janitors, and their job was to mop the floor and clean the bathroom?"

Gingrich mentioned the idea of having children from poor neighborhoods work as janitors last month during an appearance at Harvard's Kennedy School of Government last month.

According to the LA Times, he said:

"Most of these schools ought to get rid of the unionized janitors, have one master janitor and pay local students to take care of the school. The kids would actually do work, they would have cash, they’d have pride in the schools, they’d begin the process of rising."

He also suggested other uses for children, the Huffington Post reported, saying:

While he was in Congress, Gingrich also talked about a plan called "Earning While Learning," which paid students to read books, ABC News reported.

Although there were "details to work out," the program was "exactly the right direction for America’s future."