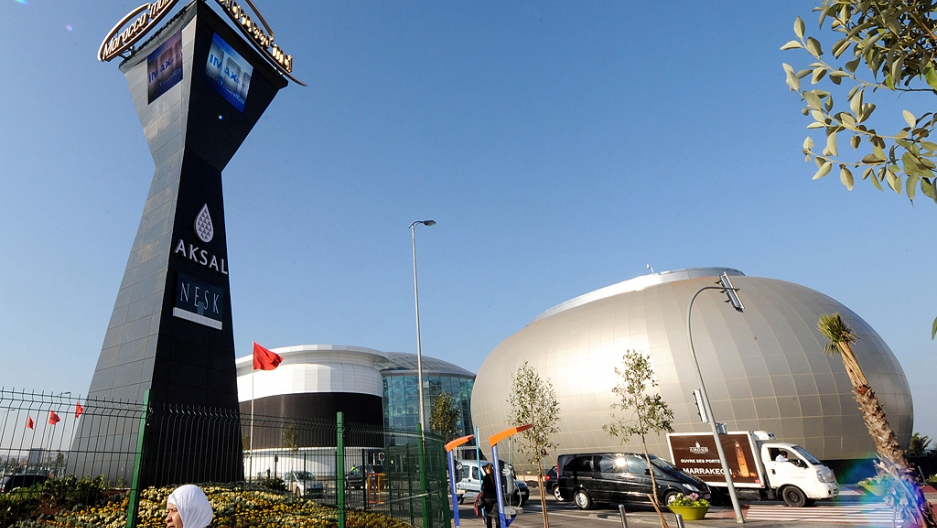 A picture showing the general view of the new Morocco Mall in Casablanca on December 2, 2011. American singer Jennifer Lopez performed in a private concert this week at the inauguration of the mall - along with her new "boy-toy" Casper Smart.
Credit: ABDELHAK SENNA
Share

American actress/singer Jennifer Lopez had the honor of being the first customer at a new mall in Casablanca this week, following a private performance for the inauguration of the building.

The pop star, a.k.a. J-Lo, flew from Los Angeles to Casablanca to sing at the opening of the new Morocco Mall, which is billing itself as the largest in Africa.

Of course, her trip to the North African kingdom was not without drama.

Smart caused a stir on Twitter this week by defending his relationship with the American pop star from all the “haters”, who have apparently been “judging” their relationship. Lopez recently split from Marc Anthony after 7 years of marriage.

Learn more - if you must - about the Jennifer Lopez/Casper Smart/Marc Anthony gossip here.

The sprawling "megamall", which sits on 10 hectares (250 acres) of land facing the Atlantic Ocean, aims to attract 14 million visitors a year and become one of Africa's top tourist destinations.

Among the 600 brands represented in the mall, the Galeries Lafayette outlet earned Italian architect Davide Padoa a Guinness World Record for "the largest in-store shop facade."

One of the mall's design landmarks is the central aquarium, which holds a million litres of water and has a lift running through its core.