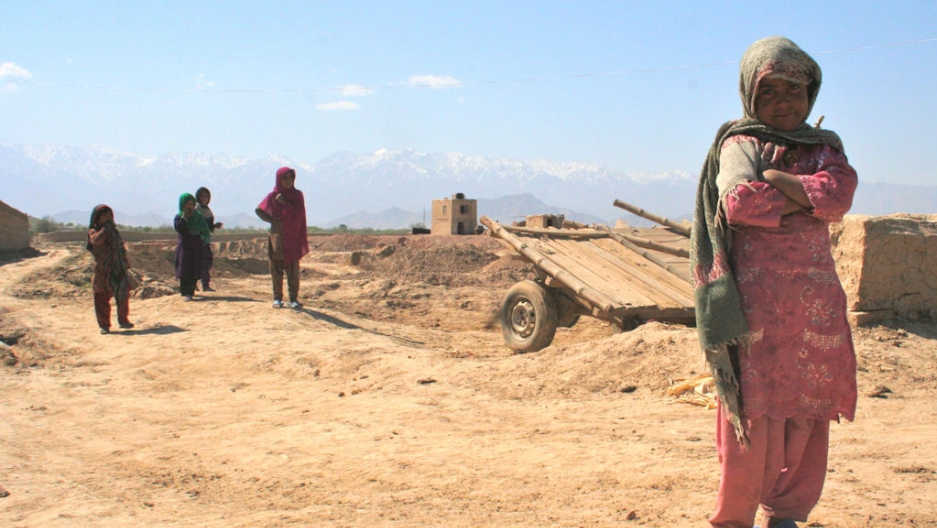 Human rights groups say hundreds of women in Afghan jails are victims of rape or domestic violence. This Afghan girl is pictured near the mud-brick home her family built on the outskirts of Kabul, Afghanistan, in April 2011.
Credit: Teri Schultz
Share

The woman, whose name is Gulnaz, was imprisoned on charges of adultery after she was, according to the Daily Mail, brutally raped by her cousin's husband in 2008. She became pregnant as a result of the rape and gave birth to a daughter in Kabul's Badam Bagh prison.

According to a statement from Karzai's office Thursday cited by the LA Times:

The president had accepted a recommendation from a special judicial committee that the woman be pardoned and freed — "taking into consideration the consent of both sides for a conditional wedlock."

However, according to the New York Times, Afghan officials denied the marriage was a stipulation of Gulnaz's release, saying it was Gulnaz's own decision.

And Gulnaz's lawyer, Kimberley Motley, told the BBC that her release did not actually depend on her going through with the ceremony, the Daily Mail reported.

A spokesman for Karzai, Emal Faizay, told the BBC that the government had put no preconditions on her release.

"President Karzai tasked the minister of justice to go and talk to Gulnaz to see what she wants. During her meeting with the minister, she said she will marry the attacker only if her brother marries the attacker's sister.

"This is a decision by her. I can confirm that there is no precondition set by the Afghan government."

However, the Daily Mail wrote, marriage would "restore the honor" of Gulnaz's family and possibly see her attacker, also in prison, freed.

The NY Times wrote, meantime, that Gulnaz uses only one name for fear the man could be so humiliated that he might kill her or abuse her again.

CNN tracked tracked down Gulnaz's rapist, serving time in jail for "zina" — which translates as "adultery."

He denied attacking her but said she would be a likely target if she got out of jail. He insisted that it would be her family, not his, that may kill her because of the dishonor.

Motley, the lawyer, told CNN that she would take the woman to a safe, undisclosed location once she has been freed.

Gulnaz became the subject of a documentary commissioned by the European Union "highlighting the phenomenon of rape victims being imprisoned for the 'moral crime' of having sex outside marriage, even against their will," the LA Times reported.

The EU later halted the film for fear of hurting relations with Afghanistan. But coverage of Gulnaz's case reportedly led to Afghan authorities reexamining her case.

The EU said in a statement that it welcomed Gulnaz's release.