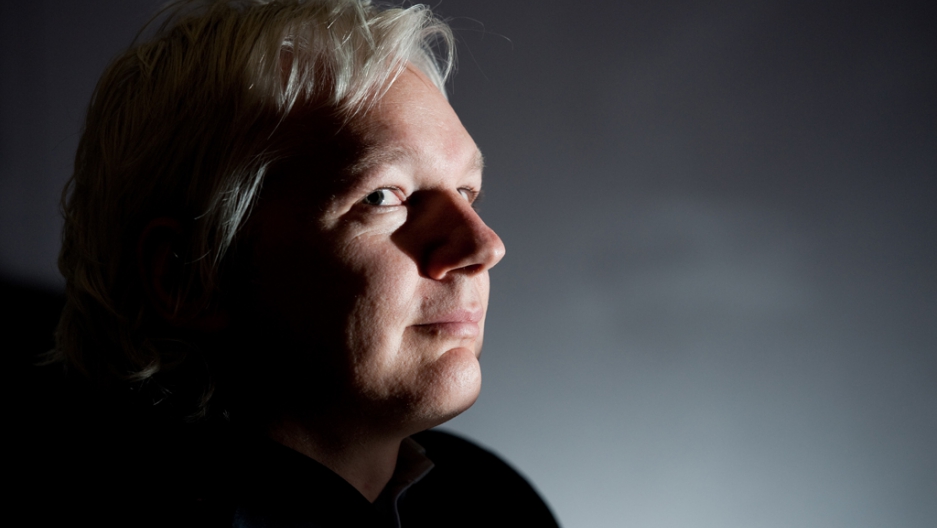 A play about the life of WikiLeaks founder Julian Assange is set to hit the stage in London this January, The Guardian reported.

Man in the Middle, which premieres at Theatre503 in Battersea on January 4, had its world premiere in Sydney in June under the title Stainless Steel Rat. Playwright Ron Elisha has reworked his script to account for the recent developments in the WikiLeaks scandal, The Guardian reports. Darren Weller, who died his hair white for the role, will return to play Julian Assange. Lucy Skilbeck will direct an as yet unannounced British cast.

The play is about a fictional filmmaker who is directing a biopic about Assange; the actors play actors who are playing real people, including Barack Obama, Russian President Dmitry Medvedev, and Australian prime minister Julia Gillard, The Guardian reports.

The theatre describes the show as a WikiPlay on its website.

"Man in the Middle is sourced from the public domain, refracted and redacted by [the] playwright," Theatre503's description reads. "It reveals a man who sought to out the truth at any cost."

WikiLeaks was founded by Assange in 2006 as a way to release leaked documents that allege government misconduct. Both Assange and the site have been at the center of several scandals, including rape allegations against Assange.

Today at a press conference at City University in London, Assange announced the release of 287 documents in conjunction with the website spyfiles.org that detail companies which allegedly sell information obtained by monitoring customers' cell phones and computers, the UK Press Association reported.

This is not the first time Theatre503's artistic directors, Tim Roseman and Paul Robinson, have tackled headlines on stage. In September, the theatre put on a series of responses to the phone hacking scandal.

"There are some plays that need a reactive response, where others require a little more distance for consideration," Robinson told The Guardian. "Being nimble and reactive is something that we're well placed to do."