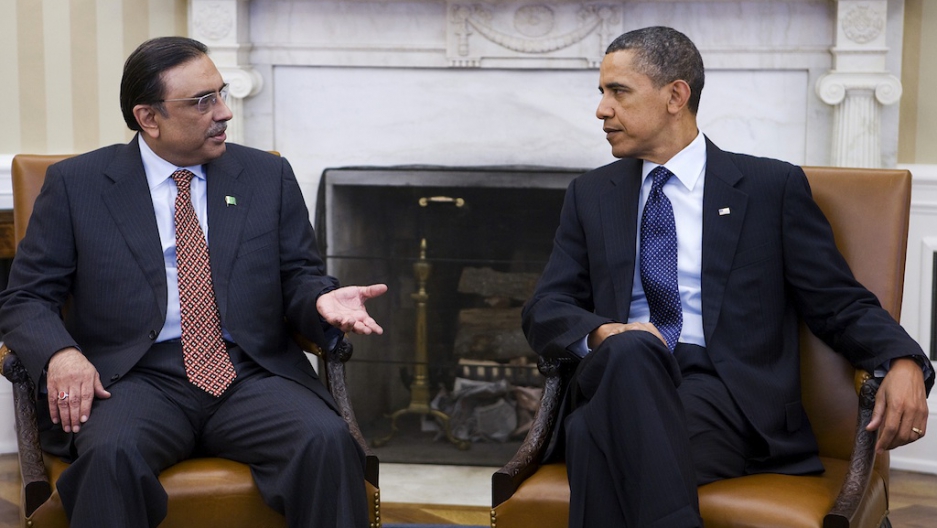 President Barack Obama will not formally apologize to Pakistan for the NATO airstrikes last week that killed 24 Pakistani soldiers, although the State Department had encouraged him to do so, The New York Times reported.

State Department officials believe that a show of remorse could help salvage America's relationship with Pakistan, but White House officials have overruled the decision, The Times reported.

The Defense Department believes that the statements made by senior department officials and Secretary of State Hillary Clinton were enough for now.

Cameron Munter, the US ambassador to Pakistan, told White House officials that a formal video apology from Obama could help prevent relations between the two countries from deteriorating. Munter, who was speaking from Islamabad, warned that the anger in Pakistan had reached a fever pitch, and that the US needed to defuse it as quickly as possible, The Times reported.

Pakistan has denied culpability for the attack.

The US military is currently completing an investigation to establish what went wrong.

In an editorial published on Thursday, the Boston Globe wrote:

While American frustration with Pakistan is understandable — whether over Pakistan’s ties to militants or its failure to arrest Osama bin Laden — an outright break would be far more costly than maintaining the current fragile and sometimes disingenuous friendship.

According to The Times, Obama administration officials worry that the decision will expose Obama to Republican attacks for ignoring the Defense Department’s advice.

Pakistan has already responded strongly to the NATO attack on the Pakistani checkposts by cutting off NATO supplies to Afghanistan through Pakistan and refusing to attend the Bonn conference in Germany. The Pakistani government has also demanded for the Shamsi airbase – being used for the drone strikes – to be shut down.

“Without some effective measures of defusing this issue, Pakistan will cooperate less rather than more with us, and we won’t be able to achieve our goals in Afghanistan,” said Vali Nasr, a former State Department official who specialized in Pakistan, the Associated Press of Pakistan reported.