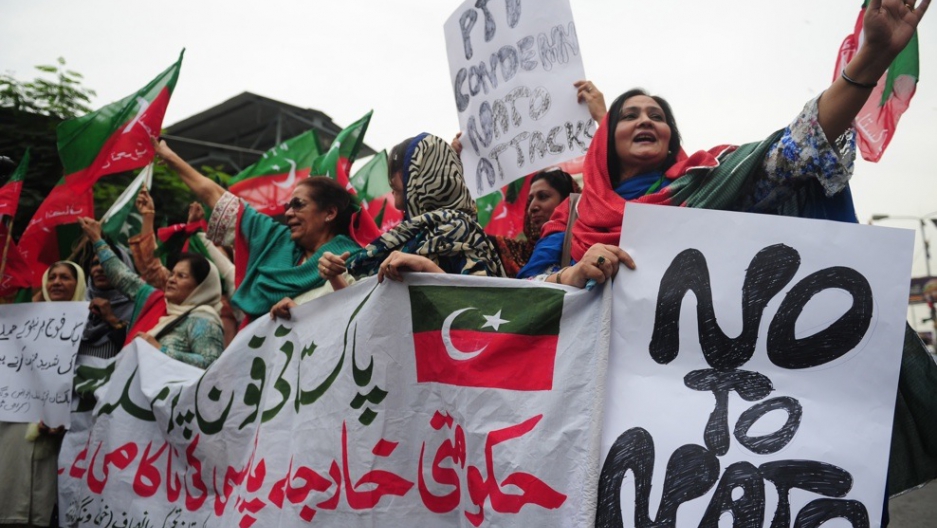 ISLAMABAD, Pakistan — NATO and Pakistani forces coordinate so closely that the chance a NATO attack that killed 24 Pakistani soldiers was an accident is slim, sources familiar with military operations in the region said.

The level of coordination, said a Pakistani official not authorized to speak to the press, goes well beyond just basic communication.

Pakistan shares its flight plan with NATO for all its scheduled resupply missions along the border a week in advance, he said. These missions are for food, medicine, water, ammunition, weapons, relief and rotation of troops. Mostly there are two missions a week and sometimes four, the official said.

“We say we’re dumping on this and this place. NATO gives us a green signal. They say, ‘OK, a reconnaissance aircraft will be flying overhead for your protection between this and this time,’” he said.

Jimmie E. Cummings, spokesperson for the International Security Assistance Force, NATO's mission in Afghanistan, said he had no information regarding these details.

And coordination exists from the top on down. NATO, Pakistan and Afghanistan all hold regular meetings — at least since 2008 — to coordinate actions along the border, said Tony White, a NATO official in Brussels. Pakistani army and air force liaison officers also work within NATO in Afghanistan. And there are four border communication centers run by Afghans, Pakistanis and Americans to coordinate border control.

And since several Pakistani outposts are located only several hundred meters from the border, the Pakistani official said, Pakistani and NATO aircraft crews keep in touch through shared radio systems.

But in the early hours of Nov. 26, such coordination and communication systems did not prevent a NATO attack on Pakistani soldiers. Exact details of the attack remain murky and both the Pakistani army and the air force were unavailable for comment.

The Pakistani official, who has extensive knowledge of military operations, however, said that just after midnight, NATO jets that normally fly at an altitude of 30,000 feet launched a first wave of missiles at the Pakistani outpost.

Over the next four hours gunship helicopters, which can fly at a much lower altitude, went into Pakistani airspace and fired on the Pakistani soldiers, he said. Maj. Gen. Ishfaq Nadeem, director general of military operations in Pakistan, said at an editors' briefing on Wednesday that the attack lasted for up to two hours, according to local newspapers.

“This is clearly a tragic incident, which because of its complexity needs to be formally investigated to find out exactly what happened,” White said. The US Central Command will investigate the incident, the Pentagon said on Monday. And until the American team arrives in Afghanistan, Gen. John Allen, the allied commander in Afghanistan, has formed a joint-investigation team.

Western officials have claimed that the attack was an accident, possibly caused by wrong coordinates or a faulty transmission of information. A local Pakistani newspaper, quoting anonymous US officials, said the Taliban might have provoked NATO into the attack, but gave no other details.

The United States, meanwhile, is in a diplomatic scramble to ease the tensions with Pakistan, which is a key partner in both the war on terror and the war in Afghanistan.

Officials in Pakistan said they don’t believe the attack was an accident. The Pakistani official interviewed by GlobalPost said that NATO uses real-time air photographs and satellite images of the border area instead of maps and that the outpost was about one-and-a-half years old, so NATO knew its coordinates.

“Striking this post by mistake is not possible,” he said.

The attack infuriated the Pakistani government, which threatened to review its relationship with NATO and the United States.

More from GlobalPost: Mystery surrounds resignation of Pakistan's US ambassador

Pakistan has blocked NATO and US road transport to Afghanistan and asked Americans to leave Shamsi airfield, where the CIA bases it drones operations. NATO trucks transport a third, and the United States about 40 percent, of their non-lethal supplies to Afghanistan through Pakistan.

Last night, Pakistan’s ministry of foreign affairs also announced it would boycott the upcoming Bonn Conference, which is aimed at rallying more support for the Afghanistan War from the international community. Pakistan’s participation is considered essential for ensuring stability in Afghanistan.

So far, however, Pakistani officials have given no indication that the coordination and communication mechanisms between NATO and Pakistani forces would be scaled back.