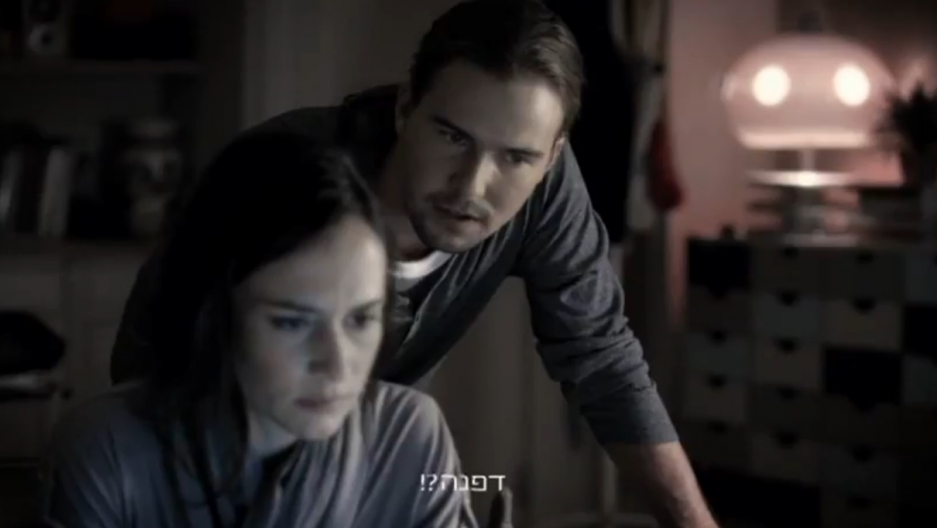 In this video from the Israeli Ministry of Immigrant Absorption, Dafna's clueless American boyfriend doesn't know it's Yom HaZikaron.
Share

Israel’s Ministry of Immigrant Absorption has launched an ad campaign that’s offending Americans and the Israelis who settle down with them.

Designed to encourage the estimated 2 million Israelis living in the United States to return to Israel, the campaign includes billboards and television spots warning Israeli expats that they risk losing their identities if they date and marry Americans, the Jewish Channel reported.

According to the Jewish Channel, which broke the story, billboards have been spotted in Boston, Los Angeles, Palo Alto, Calif., New York City and Hollywood, Fla., featuring messages in Hebrew like, “Before ‘Aba’ is changed into ‘Daddy,’ the time has come to return to Israel.”

A series of videos on the Ministry’s website attempt to show the perils of dating Americans and raising a family in the United States, the Atlantic Magazine reported.

In one video, an English-speaking boyfriend can’t figure out why his Israeli girlfriend seems sad on Yom HaZikaron, Israel's day of mourning for fallen soldiers. A narrates intones in Hebrew: “They will always remain Israelis. Their partners won’t always understand what this means. Help them return to Israel.” In another video, a child being raised in the US thinks lighting a menorah is part of celebrating Christmas.

Jeffery Goldberg, National Correspondent for the Atlantic, wrote in the magazine, “The message is, Dear American Jews, thank-you for lobbying for American defense aid (and what a great show you put on at the AIPAC convention every year!) but, please, stay away from our sons and daughters.”