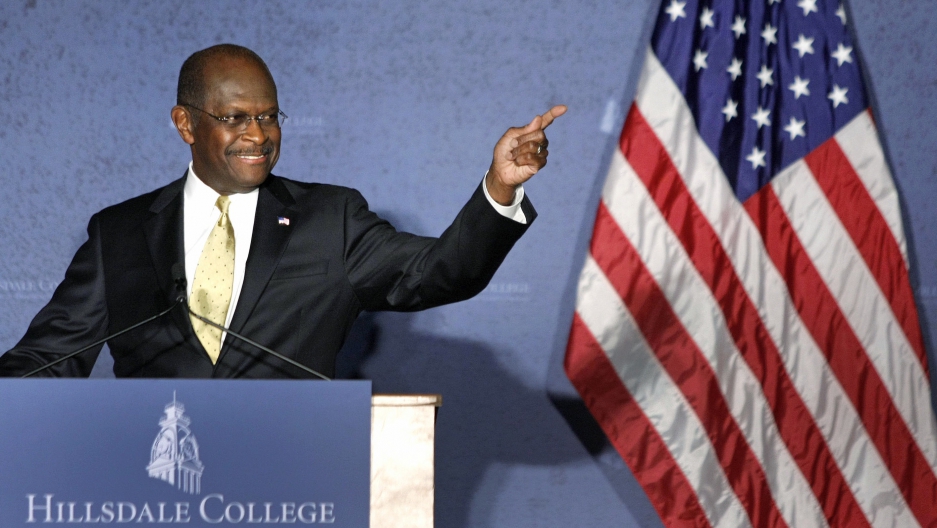 But, Cain told Fox News, he’s still mulling over dropping out of the race, and he will make that decision within the week. "I've got to think about my family first," Cain said in a 20-minute interview with Fox News' Neil Cavuto. "That is absolutely my No. 1 priority."

In the interview and also at his campaign stops, Cain described White’s claims and the accusations that he’s sexually harassed various women during his career as politically-motivated “character assassination.”

"They want you to believe that with another character assassination on me that I will drop out," Cain told a crowd of about 200 in Dayton, the AP reported. "One of the reasons they are trying to shoot me down and tear me down is the strength of my message that resonates with the American people," he said.

In the Fox News interview, Cain said, “I can only conjecture that maybe I am the Democrats' worst nightmare if I win the nomination.”

But some political experts think Cain’s campaign is already over.

"I don't see how they walk away from the damage that's been done and emerge as a viable primary candidate," Rick Wilson, a Florida-based GOP consultant told the AP. "All these things about Herman Cain keep coming out drip, drip, drip, and they're not handling it well. And now conservative Republicans have another place to go: Newt Gingrich."

More from GlobalPost: Ginger White from Atlanta: Who is she? (VIDEO)