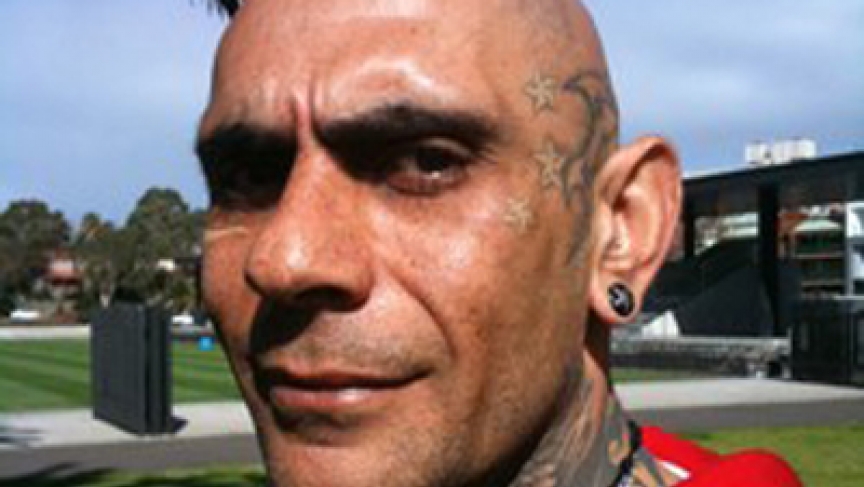 Levon Ennis was taken from his mother against his will and sent to the United Kingdom, where he was adopted by a British family. He's now trying to reconnect with his Aborigine heritage. (Photo by Phil Mercer.)

For nearly 100 years, the Australian government forcibly took children from Aborigine families and placed them with white families.

These children, known as the “Stolen Generations,” mostly remained in Australia, though a small number was taken abroad.

Levon Ennis was born to an Aboriginal woman in Sydney in 1969. His mother was told he died at birth. Within weeks, Ennis was sent to the United Kingdom, where he was adopted by a middle-class family. They knew he came from Australia, but they knew nothing else of his history.

Ennis went to a private school in London and studied art in college. But he said, growing up, he never really felt like he fit in.

“All the time that I spent in England, I’ve had this feeling of where do I belong, what are my people, who am I," he said. "Not knowing my identity.”

Despite his relatively privileged upbringing, Ennis later fell in with a gang.

“This was all just to find acceptance of who I am, where I am, that lostness in me, I think,” Ennis said. “My close companions in the gang were my family, what I thought were my family.”

Ennis eventually went to prison for 12 years for drug and weapons offenses. When he got out, his adopted mother suggested he go to Australia to find out about his roots.

That’s when he finally learned about his history.

Australia officially ended the policy of removing Aboriginal children from their families in the 1970s. Prime Minister Kevin Rudd formally apologized for the policy in 2008, but critics say the government has done little beyond apologizing to help them.

The policy itself remains a contentious piece of Australia’s history, said Alison Holland of Macquarie University.

“There were a lot of people – missionaries, ex-missionaries, patrol officers, people who, for example, might have had to actually collect the children – who swore that it was not about a process of diluting Aboriginal culture, but that it was about taking care of children who were neglected, children who, in some cases, didn’t know their fathers,” Holland said. “And then there are other people who, including many Aboriginal people themselves, who say that it was very much about diluting and eradicating Aboriginal culture.”

What is beyond debate is that tens of thousands were spirited away from their families. Some are still trying to find out who they really are, decades later.

When Ennis began researching his story, he discovered his birth mother had also been taken from her family. Ennis has tried to reconnect with her, but he said  she’s not interested, and neither are her other children.

“I can sort of understand why she’s a bit standoffish – the way she would’ve been treated back then in 1969, the way she was treated all through her life through the understanding she’s stolen herself," Ennis said. “I’m fully glad I’m home. I’m just a bit upset about my mother’s opinion at the present minute ... but I think that will come around eventually.”

Ennis now works in the mining industry in Western Australia. He’s also become close to other “stolen children,” though he doesn’t know anyone else who was sent abroad. Though he now knows his history, he said he still struggles.

“It’s a very strange road I walk here. White Aussies here see me as Aboriginal and Aboriginals here see me as a white man,” Ennis said. “It’s like no-man’s land. I think like an Englishman inside the head and I have a black man’s heart and blood.”