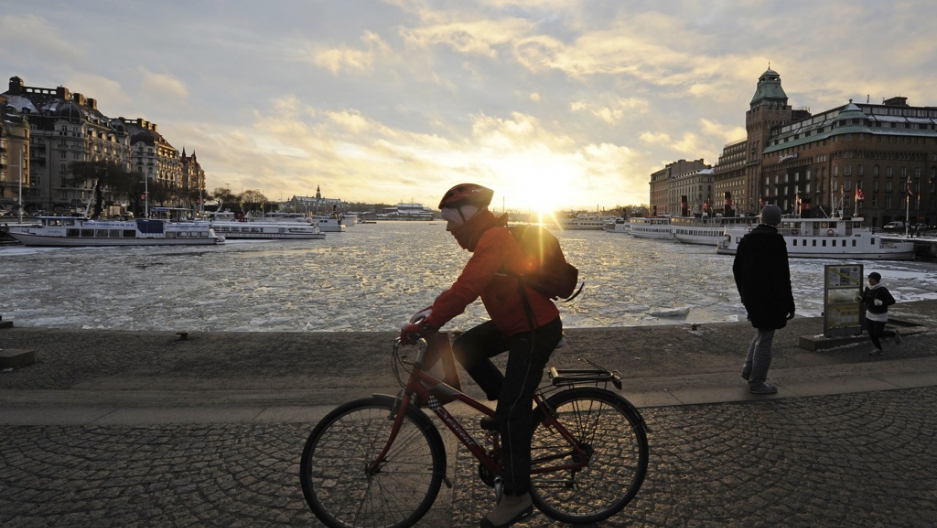 A man rides to work in front of Stockholm's frozen harbor, in January 2010. Progressive policies and a tight-knit, tech culture has made Sweden a Silicon Valley rival.
Credit: Olivier Morin
Share

The Swedish company, which launched its service in the U.S. in July, will also allow third-party developers to build new Spotify apps, according to Mashable.

The apps would remain subject to Spotify's approval, Chief Executive Daniel Ek said in an interview with the Wall Street Journal, comparing the approval process to the one used by Apple's App Store.

"It's going to be more like the Apple model," Ek reportedly said. "We want to make sure the quality of the apps we get in is really, really high."

The WSJ wrote that while Spotify lets users listen to any of its 15 million songs instantly, "finding new music they actually want to hear is a major focus of the new features."

The move "could differentiate the Swedish company amid growing competition from Google Inc., Amazon.com Inc. and Apple Inc," it added.

The Stockholm-based company hopes the apps will broaden Spotify’s reach and take advantage of its vast music library, as well as its deeper social integration with Facebook.

At the Spotify Platform launch in New York on Wednesday, Spotify said the apps would be available first for the desktop, but depending on their success made available on other platforms.