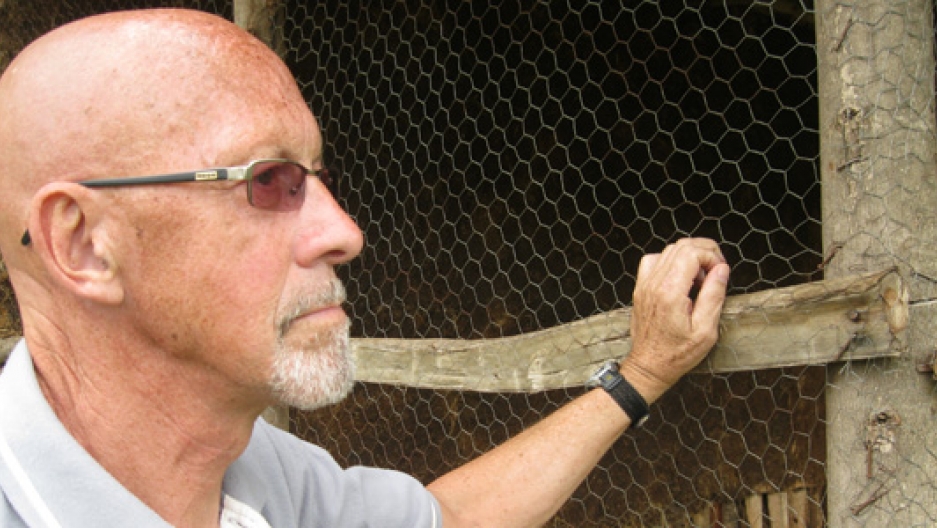 Do you have memories of the Peace Corps? Share them with others as the organization celebrates its 50th year.

He’s built a chicken house to employ women with HIV. He's helped start a school library. He designed a medical records database. One one recent day, he took a mentally ill woman to get her prescriptions from a local hospital.

The man is nearly 70. At a time in their lives when many retirees are working on their golf swing or doting on grandkids, Keyser is realizing a lifelong goal as a member of the Peace Corps.

“One day it just dawned on me: I’m free. I have no commitments. It is time to do the Peace Corps. It’s something I had always wanted to do and just had never had the freedom to do it before,” Keyser said.

When President John F. Kennedy first raised the call for volunteers 50 years ago, Keyser wanted to answer. But he was a young, married father, too tied down to go running to the ends of the earth.

His enthusiasm never dimmed in the intervening 50 years. In fact, Keyser said, those years and his age have improved the experience.

Keyser brings extensive career experience as an IT manager for a major utility in Colorado to his posting.

Older volunteers “are important not only to help us meet some of the scarce skills, the high-level skills that our countries ask for,” said Peace Corps Deputy Director Carrie Hessler-Radelit, “They also provide a valuable resource for our younger volunteers. They serve as mentors for them.”

About 7 percent of the Peace Corps’ nearly 9,000 volunteers are over 50. That figure has increased only marginally in recent years, despite recruiting efforts targeted at seniors. So the Peace Corps is stepping up its relationship with the biggest organization of older Americans out there – the AARP.

Under a recently announced arrangement, the two groups are working together to connect older people with volunteer opportunities. AARP’s Barb Quaintance said the Peace Corps can have a lot of appeal for people hitting retirement.

“You know, you’re looking for your ‘what’s next,' as we call it at AARP. Volunteering in this kind of a way can be really, really significant,” she said.

“The whole service world, really only in the last few years has begun to kind of say, ‘Wow, wait a second here. We’ve been thinking about kids when we talk about service. But what about all these amazing people who’ve said, yeah, just ask me, and I’ll sign up too?’”

Of course, heading to remote corners of the globe might give some. There are mortgages and Social Security payments to be figured out. About a third of older volunteers are married too, although the Peace Corps doesn’t track how many couples go overseas together.

But those issues never bothered Keyser. Sitting in his house in Ethiopia, surrounded by photos of world travels and the people he’s met here, Keyser had trouble picturing life as a retiree.

The Peace Corps, Keyser said, gave him the ability to do those things. Maybe, he joked, he’ll just spend the rest of his life as a volunteer.

It’s the kind of passion the Peace Corps is hoping to harness in more older Americans.