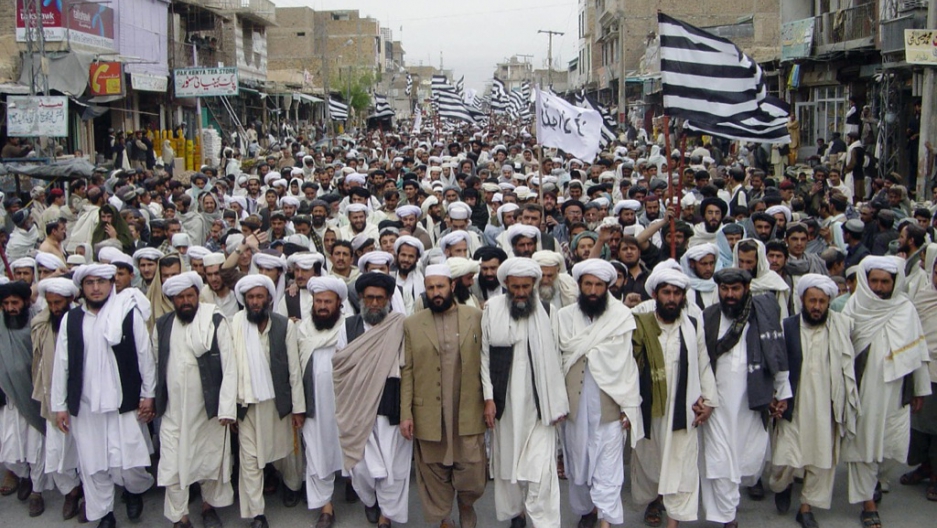 ISLAMABAD, Pakistan — The United States is in a diplomatic scramble to reopen two key supply routes along the border of Pakistan and Afghanistan that are essential to the US-led war effort and which, as of Tuesday, have remained close for four consecutive days.

Pakistan stopped all traffic from crossing into Afghanistan in reaction to a NATO airstrike that killed 26 Pakistani soldiers last week, a strategy Pakistan has several times before used to force the hand of the United States.

Hundreds of containers carrying supplies for US troops were lined up along the border waiting for permission to enter on Tuesday. Several oil tankers bound for northeastern Afghanistan were sent back to Peshawar, where they are parked in streets and on roadsides, where they could be a soft target for militants.

Concerned that US-led forces in Afghanistan can't afford to go too long with out the essential supplies, US officials have moved quickly to try and mend relations, which were already deeply strained by the killing of Al Qaeda leader Osama bin Laden in May.

But an irate Pakistan has so far not budged and has now also asked the United States to vacate Shamsi airbase, which has been used by US forces since 2001, within next 15 days. The base, located 300 kilometers southwest of Quetta, was being used by the United States to launch drones into North and South Waziristan, Pakistan's troubled tribal regions. Now it is being used for logistical purposes only.

Officially, the base is said to be used by the United Arab Emirate's royal family. But it was handed over to US forcers in 2001 after a deal was struck between the UAE and Pakistani authorities.

The UAE foreign minister, Sheikh Abdullah Bin Zayed Al Nahyan, dashed to Islamabad on Monday in an effort to convince Pakistan to reverse, or at least extend, the 15-day eviction deadline. But both Pakistani President Asif Ali Zardari and Prime Minister Yousaf Raza Gilani reportedly turned down the UAE’s request.

NATO forces have in recent years been transporting between 70 and 80 percent of its non-lethal supplies to northeastern and southern Afghanistan through the two crossings at Pakistan’s northern Torkhum and southwestern Chaman borders.

An Average of 200 to 250 containers pour into Afghanistan daily through these routes. They have, in the past, been the target of pro-Taliban militants who torch the trucks before they cross into Afghanistan.

Although NATO has developed an alternative route through Central Asia in the event that a conflict with Pakistan causes the two main routes to be closed for the long term, the transportation cost would be far higher, making an already expensive war more expensive for a US administration that is under pressure to cut spending.

“Certainly, Pakistan is one of the most important allies in the war on terror because of these supply routes, and the United States cannot afford to lose them,” said Kamran Haider, an Islamabad-based security analyst.

US forces in Afghanistan are generally stocked for months at a time, so if the crossings are opened soon, it's unlikely troops would be affected. But, Haider warned, a lingering or permanent closure would make things very difficult for the United States and NATO.

Lt. Gregory Kelley, a coalition spokesman in Afghanistan, told reporters there would be no immediate effect on supplies as the allied forces have ample reserves to continue the war. He declined to say how many days these reserves would last.

Both NATO and the US military are holding separate inquiries into the incident after Pakistan's prime minister said publicly that that there would be no more “business as usual” between the United States and Pakistan as a result of the attacks.

Maj. Gen. Ather Abbass, A Pakistani Army spokesman, said that 72 Pakistani paramilitary troops have so far been killed and more than 250 injured in five NATO air strikes, including one that led Pakistan to close down the two supply routes for 11 days last year.

Rocky relations are nothing new for the United States and Pakistan, which have acted as unlikely partners since the war on terror began in 2001. But analysts said that the air strikes and the closure of the supply routes could lead to a total breakdown between the two allies, and seriously hinder any plans by the United States to withdraw from Afghanistan by 2014.

Haider, however, said he believes that the two countries will, one way or another, settle the issue.

“It is not only in the US interest, but in Pakistan’s interest too, to work jointly on shared goals,” he said.