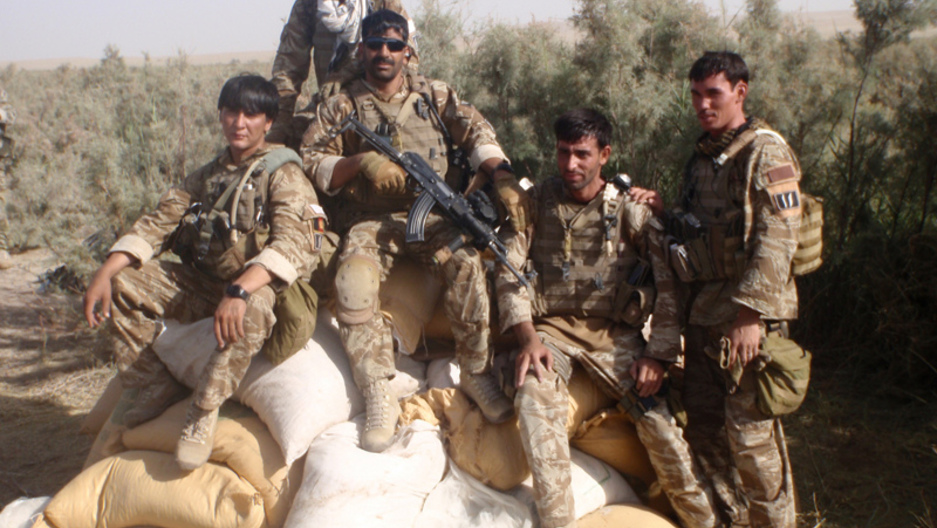 Afghan forces discovered this massive cache of bomb-making materials in August 2011. It was the largest discovery in five years. (Photo by ISAF media via Flickr, cc-by-sa.)

Hundreds of U.S. troops in Afghanistan have been killed by improvised explosive devices despite billions of dollars spent trying to stop them.

The devices themselves, however, often cost only about $40 to make and are little more than plastic jugs filled with explosive ammonium nitrate fertilizer. Greg Jaffe, Washington Post military reporter, recently wrote a report examining how much the Pentagon is spending on the problem and looking specifically at Pakistan, where much of the fertilizer fueling these bombs is manufactured.

According to Jaffe, that includes tens of millions of dollars for ground penetrating radar, remote controlled robots and even $19 million for ballistic underwear.

Jaffe said the money is being put to good use and has led to more IEDs being taken off the battlefield, but there are still problems.

In Iraq, where IEDs were pioneered, insurgents began developing sophisticated IEDs, powerful enough to take out an armored vehicle. Costing $1500 or more to create and extremely deadly, they were also comparatively easy to locate with metal detectors and the like.

Afghan insurgents have focused on more basic designs that have no metal parts and are much more difficult to detect.

“What you’re looking at is fertilizer with an accelerant which could be sugar or sawdust. The blasting cap is often fashioned out of a ballpoint pen or Christmas lights,” Jaffe said.

"The fertilizer is banned in Afghanistan so there are not plants there," he said. "It's easier to get it from those two plants than other places in the world."

Lt. Gen. Michael D. Barbero is the U.S. Army's point man on IEDs and recently met with the head of the Fatima Group to discuss ways to cut back on the fertilizer, which is also used on Afghan poppies used to make heroin, getting into Afghanistan. The man, Fawad Mukhtar, agreed to meet with Barbero at his office in Washington, after he dropped his son off at college in the United States.

“He is not a radical,” Barbero said in the Washington Post. “I think he wants to be part of the solution.”

Mukhtar made the point that less than 1/2 of 1 percent of his output is being made into bombs, and that taking the fetilizer off the market would provide a massive hardship to the subsistence farmers who use the lion's share of it.

Barbero's trying to work with the Fatima Group to get them to modify the composition of the fertilizer so it's less explosive, but still effective, said Jaffe. He's also working with domestic fertilizer companies to try and modify fertilizers globally, something that was started in the wake of IRA bombings in the 1980.

Unfortunately, the Pakistani insurgents discovered that if they mixed the fertilizer with water and then heated it, the calcium, which reduces explosiveness, drops to the bottom and then the solution can be allowed to dry into explosive fertilizer.

So now, they're looking for additives that can counteract the explosive properties but won't be harmed and in fact might be aided by exposure to water.

"I think they need to get out of the field and test them, see if they don't damage farming and get something in place quickly," Jaffe said.

Jaffe said the hope is that the changes could be in place in time for the next fighting season.